Movies // 11 months ago
'Dirty Dancing' sequel announced with Jennifer Grey
A sequel to 1987's Dirty Dancing is in development at Lionsgate and original star Jennifer Grey is set to return in the followup film. 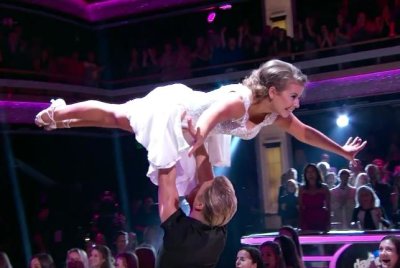 William Thomas Medley (born September 19, 1940 in Los Angeles, California) is an American singer and songwriter, best known as one half of The Righteous Brothers.

Medley met his singing partner Bobby Hatfield while attending California State University, Long Beach. The pair began singing as a duo in 1962. Their first single was "Little Latin Lupe Lu"; their first hit was "You've Lost That Lovin' Feelin'", produced by Phil Spector in 1964. Follow-up hits included "(You're My) Soul and Inspiration" and "Unchained Melody".

The duo broke up in 1968, but returned with another hit in 1974, "Rock And Roll Heaven", and they continued to appear together until Hatfield's death in November 2003. The Righteous Brothers were inducted into the Rock and Roll Hall of Fame in March 2003 by one of their biggest fans, Billy Joel.

FULL ARTICLE AT WIKIPEDIA.ORG
This article is licensed under the GNU Free Documentation License.
It uses material from the Wikipedia article "Bill Medley."
Back to Article
/