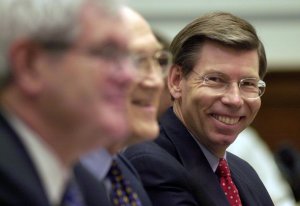 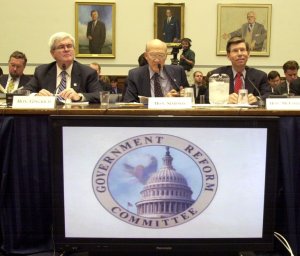 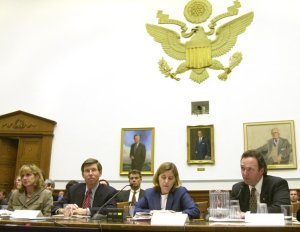 The issue at stake here is not how the Florida Supreme Court should rule on the matter before it, but rather the right our state has to resolve this matter before an action is forced by the federal government

While the state attorney general's office cannot enforce federal immigration law in this case, my office can investigate potentially misleading or deceptive practices, and I believe this organization was engaging in questionable practices

This is our law, not their law. Arizona is going to want our law

Ira William "Bill" McCollum, Jr. (born July 12, 1944 in Brooksville, Florida) is Florida Attorney General. A Republican, he is Florida's 36th attorney general, taking office in 2007. He was a member of the United State House of Representatives from 1981 to 2001, representing Florida's 5th congressional district, which was later redistricted to the 8th congressional district in 1993. He was an unsuccessful candidate for the United States Senate in 2000 and 2004 and was an unsuccessful candidate for the Republican nomination against businessman Rick Scott in the 2010 Florida gubernatorial election.

McCollum's professional career began in 1969 with the United States Navy's Judge Advocate General Corps where he served on active duty until 1972. McCollum was an officer for more than 23 years before retiring from the United States Naval Reserve as a Commander (O-5) in the JAG Corps in 1992. In 1973, he entered private practice in Orlando and became involved in local politics, serving as Chairman of the Seminole County Republican Party from 1976 to 1980.

FULL ARTICLE AT WIKIPEDIA.ORG
This article is licensed under the GNU Free Documentation License.
It uses material from the Wikipedia article "Bill McCollum."
Back to Article
/