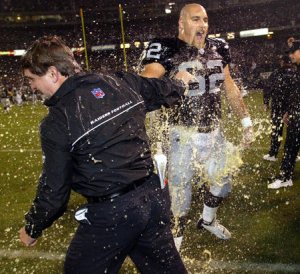 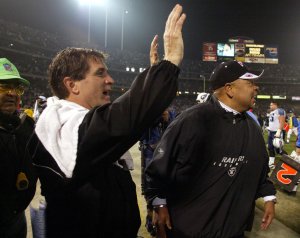 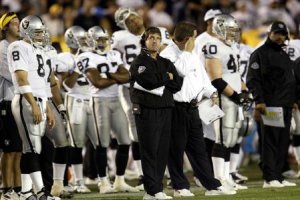 While there was significant progress, no deal has yet been finalized that would make Steve our next head coach

Their ability to make plays, whether it's intercepting balls, batting balls, sacking the quarterback or knocking it out of his hands, is something that isn't seen on a consistent level

Bill Callahan (born July 31, 1956, in Chicago, Illinois) is the Assistant Head Coach/Offense for the New York Jets. He was formerly the head coach of the Oakland Raiders for the 2002-2003 seasons and for the University of Nebraska for the 2004-2007 seasons. He was fired from both positions after posting a losing record in his final season with the teams.

Callahan was a four-year starter at quarterback at Illinois Benedictine College in Lisle, Illinois, where he was an NAIA honorable mention All-American in his final two seasons.

The Chicago native began his college coaching career in 1980 as a graduate assistant at University of Illinois before being promoted to full time assistant in 1981, coaching tight ends, offensive line, quarterbacks and special teams through 1986.

FULL ARTICLE AT WIKIPEDIA.ORG
This article is licensed under the GNU Free Documentation License.
It uses material from the Wikipedia article "Bill Callahan."
Back to Article
/