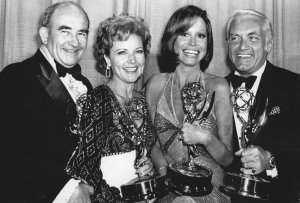 Odd News // 2 weeks ago
House used for 'Golden Girls' exterior shots listed for $3 million
A Southern California house made famous by outdoor shots in the first season of classic sitcom "The Golden Girls" is being listed for sale for the first time ever with an asking price of near $3 million.

Movies // 3 years ago
Dwayne Johnson, Gal Gadot among 774 invited to vote for Oscars
The Academy of Motion Picture Arts and Sciences -- which votes on the prestigious Oscars for film -- has invited 774 artists to join its ranks this year.

Top News // 3 years ago
The Almanac
On Jan. 17, 1920, Alexander Berkman and Emma Goldman, having been deported from the United States, announced that they intend to organize a great society in Soviet Russia, its prime objective would be the promotion of "social revolution in the United States."

I went over there not too long ago and after I left, she told her caregiver that I was a nice lady. It's just heartbreaking

Rue was a close and dear friend. I treasure our relationship

I didn't sleep for three weeks before and my knees were shaking so hard. Don't tell me you couldn't see 'em

Betty White Ludden (born January 17, 1922), better known as Betty White, is an American actress, comedienne, singer, author, and former game show personality. With a career spanning seven decades since 1939, she is best known to modern audiences for her television roles as Sue Ann Nivens on The Mary Tyler Moore Show and Rose Nylund on The Golden Girls. As of 2010, she is starring as Elka Ostrovsky in the TV Land sitcom Hot in Cleveland. She has also released several books over the span of her career. In August 2010, she entered a deal with G.P. Putnam Sons to produce two more books, the first of which was scheduled for release in 2011.

White has won seven Emmy Awards and received 20 Emmy nominations over the course of her career, including being the first woman ever to receive an Emmy for game show hosting (for the short-lived Just Men!). In May 2010, White became the oldest person to guest-host Saturday Night Live, for which she also received a Primetime Emmy Award. She made regular appearances on the game shows Password and Match Game and played recurring roles on Mama's Family, Boston Legal, and The Bold and the Beautiful.

Born Betty Marion White in Oak Park, Illinois, on January 17, 1922, she is the daughter of Tess Curtis (née Cachikis), a homemaker, and Horace Lawrence White, a traveling salesman and electrical engineer. Her mother was of Greek, English, and Welsh descent, and her father was of Danish and English ancestry. White's family moved to Los Angeles, California during the Great Depression. She attended Horace Mann School in Beverly Hills, California, and Beverly Hills High School. Hoping to become a writer, she wrote and played the lead in a graduation play at Horace Mann School and discovered her interest in performing .

FULL ARTICLE AT WIKIPEDIA.ORG
This article is licensed under the GNU Free Documentation License.
It uses material from the Wikipedia article "Betty White."
Back to Article
/