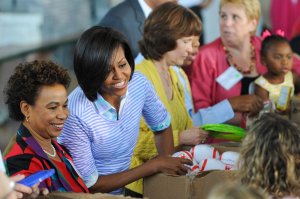 U.S. News // 8 months ago
Palestinian Americans decry Biden support for both sides in Israel conflict
The Biden administration announced in January it would restore relations with Palestine, but some Palestinian Americans say the announcement is outweighed by the U.S.'s continued support to Israel.

U.S. News // 5 years ago
National Mall faces crisis of funding for maintenance
There are many cracks in the infrastructure of the National Mall, where 28 major buildings have a median age of 74 years.

Betty Louise McCollum (born July 12, 1954) is the U.S. Representative for Minnesota's 4th congressional district, serving since 2001. She is a member of the Democratic-Farmer-Labor Party (DFL).

The district centers on St. Paul, Minnesota's capital city. She is the second woman elected to Congress from Minnesota.

McCollum was born in South St. Paul, Minnesota. She is the older sister to Anthony and Monica. She is divorced and has two children. McCollum has worked as a high school social sciences teacher and as a sales manager. She first got involved in politics in 1986, when her daughter got hurt on a slide in a North St. Paul city park. The city council wouldn't do anything to fix the slide, so McCollum's neighbors encouraged her to run for a spot on the council herself. She won that November and served three terms. She then challenged longtime state representative Rich O'Conner in the DFL primary and won an upset victory. She went on to serve four terms in the state house.

FULL ARTICLE AT WIKIPEDIA.ORG
This article is licensed under the GNU Free Documentation License.
It uses material from the Wikipedia article "Betty McCollum."