U.S. News // 1 year ago
Report: GE committed fraud 'bigger than Enron, WorldCom combined'
A fraud investigator accused General Electric of using accounting tricks to cover up tens of billions in losses in what he calls "a bigger fraud than Enron." 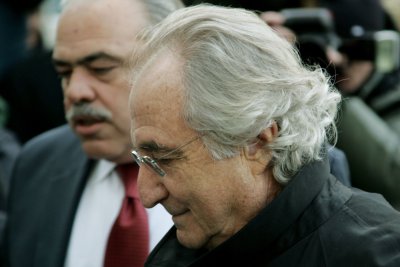 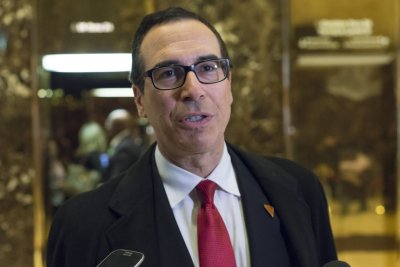 Opinion // 3 years ago
Steve Mnuchin, Trump's treasury secretary pick, is a lucky man
Steven Mnuchin has made a career out of being lucky.

Sports News // 4 years ago
New York Mets 'celebrate' Bobby Bonilla day
Imagine being handed a $1.19 million check every year on the same day for more than 20 years and you don't even have to work for it.

Sports News // 4 years ago
Early-arriving Mets deal with stinging Series loss
NEW YORK -- For the New York Mets, the pain from losing the World Series won't disappear for quite some time.

I'm confident that when this thing is all finished, (that) very few people, if any, will lose their principal

Bernard Lawrence "Bernie" Madoff (pronounced /ˈmeɪdɒf/; born April 29, 1938) is an American former stock broker, investment advisor, non-executive chairman of the NASDAQ stock market, and the admitted operator of what has been described as the largest Ponzi scheme in history.

In March 2009, Madoff pleaded guilty to 11 federal felonies and admitted to turning his wealth management business into a massive Ponzi scheme that defrauded thousands of investors of billions of dollars. Madoff said he began the Ponzi scheme in the early 1990s. However, federal investigators believe the fraud began as early as the 1970s, and those charged with recovering the missing money believe the investment operation may never have been legitimate. The amount missing from client accounts, including fabricated gains, was almost $65 billion. The court-appointed trustee estimated actual losses to investors of $18 billion. On June 29, 2009, he was sentenced to 150 years in prison, the maximum allowed.

Jeffry Picower, rather than Madoff, appears to have been the largest beneficiary of Madoff's Ponzi scheme, and his estate settled the claims against it for $7.2 billion. J.P. Morgan Chase & Co. may have also benefitted from the scheme – through interest and fees charged – to the tune of a billion dollars. Trustee Irving Picard has filed suit seeking the return of $1 billion and damages of $5.4 billion. Morgan denied complicity. According to the same lawsuit, New York Mets owners Fred Wilpon and Saul Katz and associated individuals and firms, received $300 million from the scheme. Wilpon and Katz "categorically reject" the charges.

FULL ARTICLE AT WIKIPEDIA.ORG
This article is licensed under the GNU Free Documentation License.
It uses material from the Wikipedia article "Bernie Madoff."
Back to Article
/