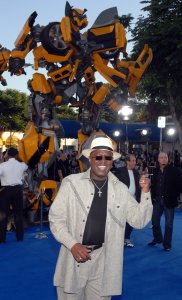 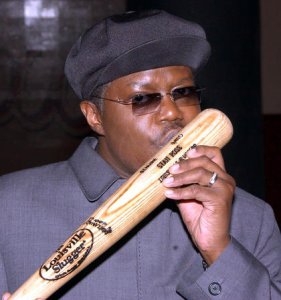 Top News // 3 years ago
The Almanac
On Oct. 5, 1882, Dr. Robert Goddard, "Father of American Rocketry" and a pioneer in the theoretical exploration of space, was born in Worcester, MA.

I'm going to still do my producing, my films, but I want to enjoy my life a little bit

The Whole Truth, Nothing But The Truth, So Help Me Ma

Why am I the last person to find out everything

No one knows where sarcoidosis comes from or where it starts, and there's no known cause for this condition that effects primarily minorities

You might think you've got the perfect group of people

Bernard Jeffrey McCullough (October 5, 1957 – August 9, 2008), better known by his stage name Bernie Mac, was an American actor and comedian. Born and raised on the South Side of Chicago, Mac gained popularity as a stand-up comedian. He joined comedians Steve Harvey, Cedric the Entertainer, and D.L. Hughley as The Original Kings of Comedy.

After briefly hosting the HBO show Midnight Mac,and WHO U WIT, Mac appeared in several films in smaller roles. His most noted film role was as Frank Catton in the remake Ocean's Eleven and its two sequels and the titular character Mr. 3000. He was the star of The Bernie Mac Show, which ran from 2001-2006, earning him two Emmy Award nominations for Outstanding Lead Actor in a Comedy Series. His other films included starring roles in Friday, Bad Santa, Head of State, Pride, Charlie's Angels: Full Throttle, Guess Who, Madagascar 2 and Soul Men which was one of his final films.

Mac suffered from sarcoidosis, an inflammatory lung disease that produces tiny lumps of cells in the body's organs, but had said the condition was in remission in 2005. Despite having the disease, his death in mid-2008 was caused by complications from pneumonia.

FULL ARTICLE AT WIKIPEDIA.ORG
This article is licensed under the GNU Free Documentation License.
It uses material from the Wikipedia article "Bernie Mac."
Back to Article
/