College Football // 2 years ago
Legendary Tennessee Vols broadcaster John Ward dies at 88
John Ward, known as the "Voice of the Vols" at the University of Tennessee, has died after a lengthy illness at the age of 88.

NBA // 3 years ago
Kristaps Porzingis scores 40 as New York Knicks rally past Indiana Pacers
For the second time in three days, it took until the mid-fourth quarter for Madison Square Garden to come alive. 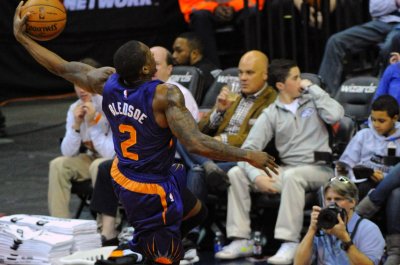 Bernard King attended college at the University of Tennessee and was selected 7th overall in the 1977 NBA Draft by the New York Nets, who months later relocated from Uniondale, New York to New Jersey and became known as the New Jersey Nets.

At 6'7" and 205 pounds, Bernard King epitomized the NBA small forward of the 1980s. Long arms and a quick release, King was explosive runner on the fast-break, King was known as a tremendous scorer, leading the NBA in scoring in 1985 with 32.9 points per game. He was twice selected to the All-NBA First Team and three times to the NBA All-Star Game.

FULL ARTICLE AT WIKIPEDIA.ORG
This article is licensed under the GNU Free Documentation License.
It uses material from the Wikipedia article "Bernard King."
Back to Article
/