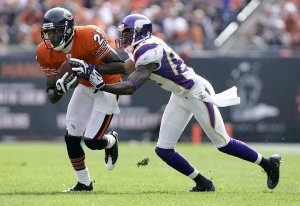 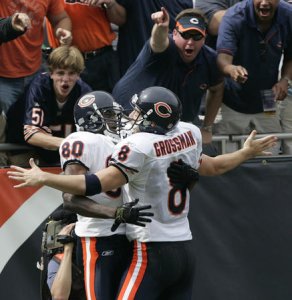 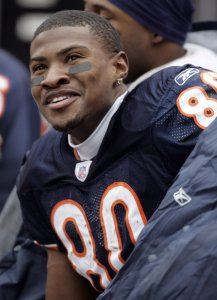 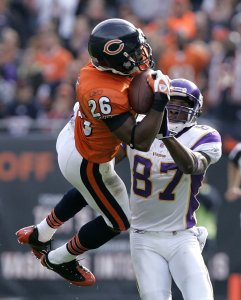 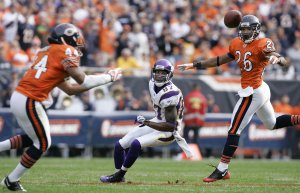 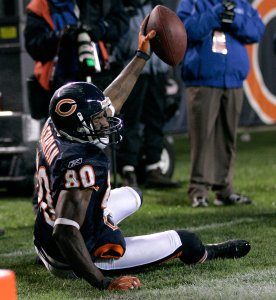 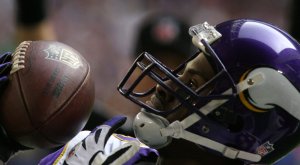 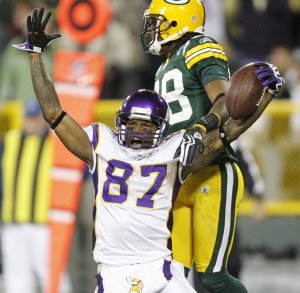 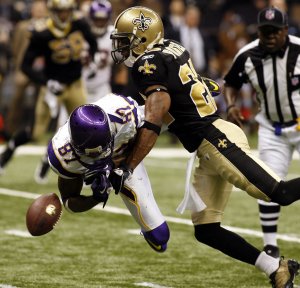 Bernard Berrian (born December 27, 1980) is an American football wide receiver for the Minnesota Vikings of the National Football League. He was originally drafted by the Chicago Bears in the third round of the 2004 NFL Draft. He played college football at Fresno State.

Berrian was born in Spain, and grew up in California while both of his parents served at Castle Air Force Base. Bernard Berrian attended and played football for Atwater High School, in Atwater, California.

The Chicago Bears selected Berrian with the 78th pick in the 3rd round of the 2004 NFL Draft.

FULL ARTICLE AT WIKIPEDIA.ORG
This article is licensed under the GNU Free Documentation License.
It uses material from the Wikipedia article "Bernard Berrian."
Back to Article
/