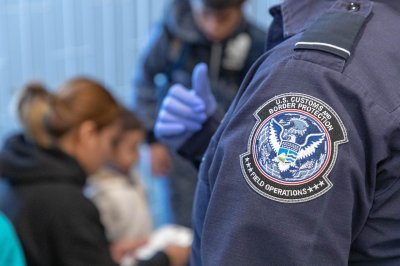 U.S. News // 9 months ago
Democrats demand answers over detained Iranian-Americans at border
House Democrats have sent a letter to the Trump administration demanding answers in connection to reports of dozens of Iranian-Americans detained over the weekend at the U.S.-Canada border. 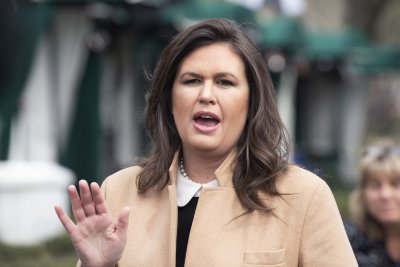 U.S. News // 1 year ago
Mississippi Senate candidate apologizes for 'hanging' remark ahead of runoff
Mississippi Sen. Cindy Hyde-Smith's reelection campaign has been in damage control mode since video went viral of her joking about a public hanging.

NFL // 2 years ago
Baltimore Ravens not resting on laurels after romp over Buffalo Bills
OWINGS MILLS, Md. -- The new-look Ravens offense is off to a flying start.

Before the government accepts Project 28, Congress needs to be assured that the well-publicized technological problems plaguing the system have been fully addressed

I have never heard of immunizations for domestic travel. And as the representative for Concord, N.C., I feel compelled to ask why the heck the committee feels that immunizations are needed to travel to my hometown

I need you to provide me with an immediate assurance that upon its October 1st roll-out, this program will be operating within the confines of the Constitution and all applicable laws and regulations

Bennie G. Thompson (born January 28, 1948) is the U.S. Representative for Mississippi's 2nd congressional district, serving since 1993, and the ranking member of the Committee on Homeland Security since 2011. He is a member of the Democratic Party.

The district includes most of Jackson and is the only majority-black district in the state. The district is approximately 275 miles (443 km) long, 180 miles (290 km) wide and borders the Mississippi River. The Mississippi Delta comprises the vast majority of the 2nd District. He is both the first Democrat and the first African American to chair the Homeland Security Committee in the House.

Thompson is a native of Bolton, Mississippi and attended Hinds County public schools before earning degrees from Tougaloo College and Jackson State University. He served as an alderman, then mayor of Bolton before being elected to the Hinds County Board of Supervisors.

FULL ARTICLE AT WIKIPEDIA.ORG
This article is licensed under the GNU Free Documentation License.
It uses material from the Wikipedia article "Bennie Thompson."
Back to Article
/