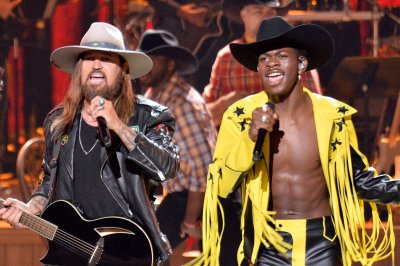 Voices // 1 year ago
Libya is too important for Western powers to ignore
The United States and Western Europe have never had a proper understanding on working with the people of Libya.

Top News // 2 years ago
On This Day: Roof of Aloha Airlines plane rips off midflight
On April 28, 1988, an Aloha Airlines Boeing 737 lost a section of its roof at 24,000 feet between Hilo, Hawaii, and Honolulu, killing a flight attendant.

Top News // 3 years ago
The Almanac
On April 28, 1945, fascist leader Benito Mussolini, his mistress and several of his friends were executed by Italian partisans.

Benito Amilcare Andrea Mussolini (Italian pronunciation: ; 29 July 1883 – 28 April 1945) was an Italian politician who led the National Fascist Party and is credited with being one of the key figures in the creation of Fascism.

Mussolini became the 40th Prime Minister of Italy in 1922 and began using the title Il Duce by 1925. After 1936, his official title was "His Excellency Benito Mussolini, Head of Government, Duce of Fascism, and Founder of the Empire". Mussolini also created and held the supreme military rank of First Marshal of the Empire along with King Victor Emmanuel III of Italy, which gave him and the King joint supreme control over the military of Italy. Mussolini remained in power until he was replaced in 1943; for a short period after this until his death, he was the leader of the Italian Social Republic.

Mussolini was among the founders of Italian Fascism, which included elements of nationalism, corporatism, national syndicalism, expansionism, social progress, and anti-socialism in combination with censorship of subversives and state propaganda. In the years following his creation of the Fascist ideology, Mussolini influenced, or achieved admiration from, a wide variety of political figures.

FULL ARTICLE AT WIKIPEDIA.ORG
This article is licensed under the GNU Free Documentation License.
It uses material from the Wikipedia article "Benito Mussolini."
Back to Article
/