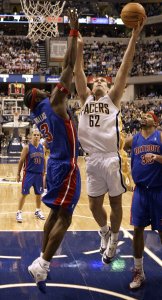 Defense News // 2 weeks ago
Raytheon UK wins contract in $1.3B Royal Navy modernization plan
Raytheon UK won a $200 million contract to improve the Royal Navy's training, it announced on Wednesday, part of a $1.3 billion transformation of the navy.

Defense News // 1 month ago
British military looking to move aircraft to sustainable fuel sources
A plan to use sustainable sources for up to 50 percent of military aviation fuel was announced by British Defense Secretary Ben Wallace this week.

Defense News // 4 months ago
Britain reauthorizes program allowing Afghan interpreters to relocate
Over 150 civilian interpreters used by the British military in Afghanistan can apply to permanently reside in Britain, the government said.

Defense News // 5 months ago
Britain to lead multinational effort to train Ukrainian navy
Britain's Defense Secretary announced Tuesday that the country will lead a multinational Maritime Training Initiative for the Ukrainian navy in order to boost Ukraine's ability to combat threats in the Black Sea. 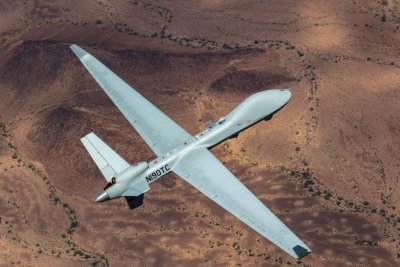 We are thrilled that Ben is now officially a Bull

This time we came out with a lot of energy

I said all along if we come out and play with that type of energy, that type of intensity, that I know this team is capable of playing with, I know we can play with anybody

Ben Camey Wallace (born September 10, 1974) is an American basketball center for the Detroit Pistons of the NBA. A native of Alabama, Wallace attended Cuyahoga Community College and Virginia Union University and signed with the Washington Bullets (later Wizards) as an undrafted free agent in 1996. In his NBA career, Wallace has also played the power forward position and with the Washington Bullets/Wizards, Orlando Magic, Detroit Pistons, Chicago Bulls, and Cleveland Cavaliers teams.

He has won the NBA Defensive Player of the Year Award four times, a record he shares with Dikembe Mutombo. In six seasons with the Pistons (2000-2006), Wallace made two NBA Finals appearances (2004 and 2005) and won a championship with the Pistons in 2004.

Ben Wallace was born in White Hall, Alabama, a small town in Lowndes County, and is the tenth of eleven children. He later attended Central High School in Hayneville where he received all-state honors in basketball, baseball, and football (as a linebacker). Former basketball player Charles Oakley is Wallace's mentor, having discovered Wallace at a 1991 basketball camp, and later recommended Wallace to his previous college, Virginia Union.

FULL ARTICLE AT WIKIPEDIA.ORG
This article is licensed under the GNU Free Documentation License.
It uses material from the Wikipedia article "Ben Wallace."
Back to Article
/