NFL // 3 months ago
Titans RB Derrick Henry delivers devastating stiff-arm to Bills' Josh Norman
Pro Bowl running back Derrick Henry used a vicious stiff-arm to throw defender Josh Norman out of his way on one of the most physical runs of the NFL season during the Tennessee Titans recent win over the Buffalo Bills.

NFL // 2 years ago
Ravens' domination of Titans continues
The Baltimore Ravens ran the Tennessee Titans out of their home stadium on Sunday with a 21-0 win that was embarrassing on a number of levels for Tennessee.

NFL // 2 years ago
Free-Agent Setup: New Tennessee Titans regime locks up Ryan Succop
With the Tennessee Titans making a switch to Mike Vrabel as head coach, it is a little harder to gauge exactly who the club considers valuable in free agency. 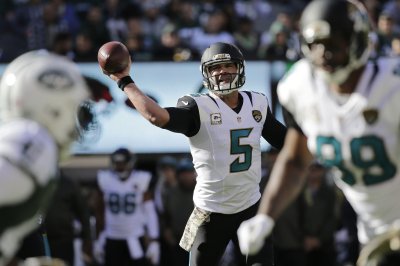 NFL // 3 years ago
NFL camp openings: Tennessee Titans open checkbook to solidify defense
NASHVILLE -- There was a flurry of activity in the days and hours before the Tennessee Titans reported to their St. Thomas Park facility Friday (July 28) for training camp.

Sports News // 3 years ago
NFL: Expectations high for improving Tennessee Titans
NASHVILLE -- The Tennessee Titans open training camp with higher expectations in 2017 than any previous year since perhaps 2009 when they were coming off a 13-3 season.

Ben Lewis Jones (born August 30, 1941) is an American actor, politician, playwright and essayist, probably best known for his role as Cooter Davenport in The Dukes of Hazzard.

Ben Jones has had a long and varied career in show business and political life. Born in North Carolina, he grew up in a "railroad shack" in a freight yard on the docks of Portsmouth, Virginia. Working his way through college with a series of odd jobs, he discovered theatre at the University of North Carolina, and almost immediately forged a professional career. After appearing as an actor in over two hundred films, television shows, and theatrical productions, he was cast as "Cooter," the amiable sidekick mechanic in the mega-hit television classic, "The Dukes of Hazzard."

Along the way he has worked with the likes of James Earl Jones, Anthony Hopkins, Eva Marie Saint, and John Travolta. He has appeared onstage at the Kennedy Center and the prestigious Berkshire Theatre Festival, and appeared in such films as "Primary Colors" and "Meet Joe Black".

FULL ARTICLE AT WIKIPEDIA.ORG
This article is licensed under the GNU Free Documentation License.
It uses material from the Wikipedia article "Ben Jones."
Back to Article
/