Sports News // 5 months ago
U.S. Open golf 2020: Tee times, how to watch, betting favorites
Golfers are at Winged Foot Golf Club and ready to begin play in this week's U.S. Open from Thursday through Sunday in Mamaroneck, N.Y. 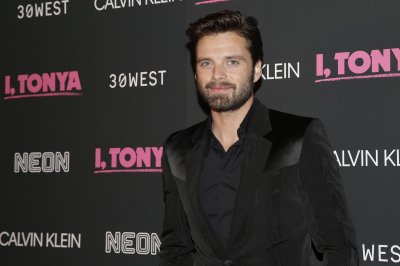 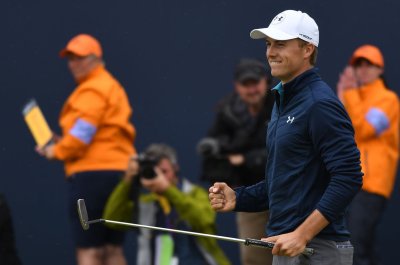 Golf // 3 years ago
2017 PGA Championship: Jordan Spieth tees it up for first crack at career Grand Slam
Jordan Spieth celebrated his 24th birthday during his week off after winning the 146th Open Championship at Royal Birkdale.

Golf // 3 years ago
Tiger Woods' back feels better
Tiger Woods is recovering from back fusion surgery, and if nothing else, he is feeling much better. 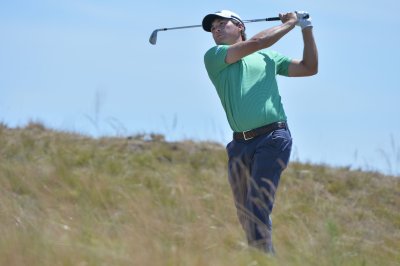 William Ben Hogan (August 13, 1912 – July 25, 1997) was an American golfer, and is generally considered one of the greatest golfers in the history of the game. Born within six months of two other acknowledged golf greats of the twentieth century, Sam Snead and Byron Nelson, Hogan is notable for his profound influence on the golf swing theory and his legendary ball-striking ability, for which he remains renowned among players and fans.

Born in Stephenville, Texas, he was the third and youngest child of Chester and Clara (Williams) Hogan. His father was a blacksmith and the family lived ten miles southwest in Dublin until 1921, when they moved 70 miles (112 km) northeast to Fort Worth. In 1922, when Hogan was 9, his father Chester committed suicide at the family home via a self-inflicted gunshot to the chest. By some accounts Chester committed suicide in front of him, which some (including Hogan biographer James Dodson) have cited as the cause of his introverted personality in later years.

Following his father's suicide, the family incurred financial difficulty and the children took jobs to help their seamstress mother make ends meet. Older brother Royal quit school at age fourteen to deliver office supplies by bicycle, and nine year-old Ben sold newspapers after school at the nearby train station. A tip from a friend led him to caddying at the age of eleven, at Glen Garden Country Club, a nine-hole course seven miles (11 km) to the south. One of his fellow caddies at Glen Garden was Byron Nelson, later a tour rival. The two would tie for the lead at the annual Christmas caddy tournament in December 1927, when both were fifteen. Nelson sank a thirty foot putt to tie on the ninth and final hole. Instead of sudden death, they played another nine holes; Nelson sank another substantial putt on the final green to win by a stroke.

FULL ARTICLE AT WIKIPEDIA.ORG
This article is licensed under the GNU Free Documentation License.
It uses material from the Wikipedia article "Ben Hogan."
Back to Article
/