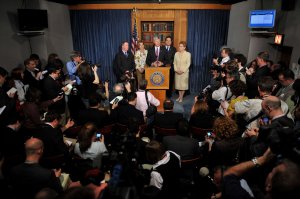 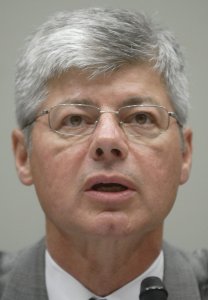 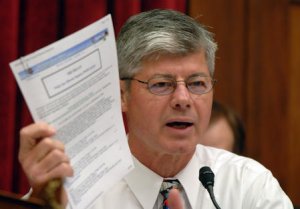 Why would any House member vote for the Senate bill, which is loaded with special interest provisions for certain states

The bishops came out against the war, and I don't see them saying to all the people who voted for it, you can't receive communion because you voted for an unjust war

If the FDA cannot or will not regulate Accutane, ... then it is imperative for the U.S. Congress to act to protect the American public

This investigation leads to one conclusion: In some cases ... Accutane results in severe cases of depression, suicide ideation, suicide attempts and suicide

Stupak lives in Menominee, Michigan, with his wife, Laurie, who is a former mayor of Menominee, and unsuccessful candidate for the Michigan House of Representatives. Laurie Stupak was defeated by Tom Casperson. In 2008 Casperson unsuccessfully challenged Bart Stupak, the incumbent for Michigan's 1st Congressional district seat in the United States House of Representatives.

FULL ARTICLE AT WIKIPEDIA.ORG
This article is licensed under the GNU Free Documentation License.
It uses material from the Wikipedia article "Bart Stupak."