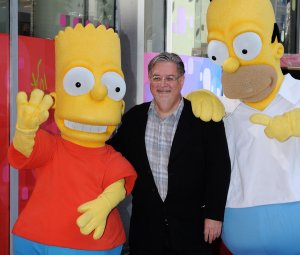 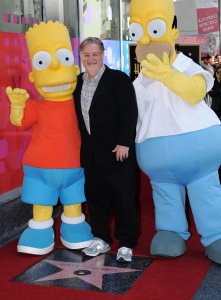 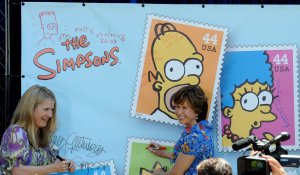 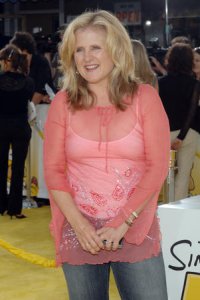 TV // 1 year ago
Tom Hiddleston says younger self would do 'back flips' over 'Simpsons' role
Tom Hiddleston discussed starring in the Marvel and "Simpsons" crossover on Disney+ and the season finale to "Loki" while appearing on "The Tonight Show Starring Jimmy Fallon."

Odd News // 5 years ago
YouTuber attempts 'Bart Simpson megaphone challenge'
A science YouTuber inspired by a classic episode of The Simpsons set up 10 megaphones end-to-end to see how loud a noise he could make.

Odd News // 6 years ago
Petition: Change Australian currency to reference 'The Simpsons'
A petition with more than 15,000 signatures calls on Australian officials to raise the value of their currency by changing the name to "Dollarydoos."
TV // 8 years ago
Marcia Wallace honored in 'Simpsons' opening credits
The late comic actress and voice artist Marcia Wallace was honored by the U.S. animated series "The Simpsons" Sunday night.
Odd News // 1 decade ago
Groundskeeper Willie hails from Orkneyys
Groundskeeper Willie, the red-haired Scotsman who works at Bart Simpson's school, has finally revealed he is a native of Kirkwall in the Orkneys.

Bartholomew JoJo "Bart" Simpson is a fictional main character in the animated television series The Simpsons and part of the eponymous family. He is voiced by actress Nancy Cartwright and first appeared on television in The Tracey Ullman Show short "Good Night" on April 19, 1987. Bart was created and designed by cartoonist Matt Groening while he was waiting in the lobby of James L. Brooks' office. Groening had been called to pitch a series of shorts based on Life in Hell but instead decided to create a new set of characters. While the rest of the characters were named after Groening's family members, Bart's name was an anagram of the word brat. After appearing on The Tracey Ullman Show for three years, the Simpson family received their own series on Fox, which debuted December 17, 1989.

At ten years old, Bart is the eldest child and only son of Homer and Marge, and the brother of Lisa and Maggie. Bart's most prominent character traits are his mischievousness, rebelliousness and disrespect for authority. He has appeared in other media relating to The Simpsons; including video games, The Simpsons Movie, The Simpsons Ride, commercials, and comic books; and inspired an entire line of merchandise.

In casting, Nancy Cartwright originally planned to audition for the role of Lisa, while Yeardley Smith tried out for Bart. Smith's voice was too high for a boy, so she was given the role of Lisa. Cartwright found that Lisa was not interesting at the time, so instead auditioned for Bart, which she thought was a better role. Hallmarks of the character include his chalkboard gags in the opening sequence; his prank calls to Moe the bartender; and his catchphrases "Eat my shorts", "¡Ay, caramba!", and "Don't have a cow, man!"

FULL ARTICLE AT WIKIPEDIA.ORG
This article is licensed under the GNU Free Documentation License.
It uses material from the Wikipedia article "Bart Simpson."