Sports News // 2 months ago
Wisconsin cancels Nebraska game, stops football activities due to COVID-19 surge
The University of Wisconsin football program has canceled Saturday's game against Nebraska and halted team activities for at least seven days due to a surge in positive COVID-19 cases.

College Football // 3 years ago
No. 9 Wisconsin Badgers, Nebraska Cornhuskers preview, game time, outlook
College football was made for games such as Saturday night's matchup between No. 9 Wisconsin and Nebraska. 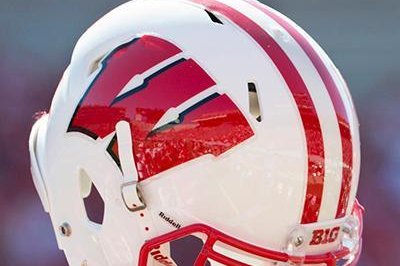 College Football // 3 years ago
Top 25: Freshman key in Wisconsin Badgers victory
MADISON, Wis. -- Freshman running back Jonathan Taylor rushed for three touchdowns to pace No. 9 Wisconsin to a 31-14 victory over Florida Atlantic on Saturday in front of an announced crowd of 77,542 at Camp Randall Stadium. 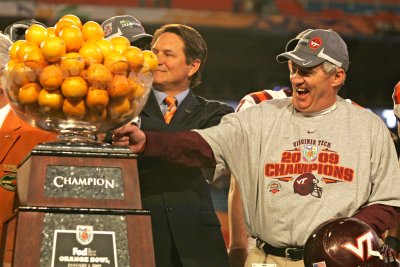 College Football // 4 years ago
Who Wins the 2017/2018 College Football Playoff title: Early top 10 contenders and a darkhorse
As the final minutes tick off in the 2016 season, it's already time to start looking ahead to the next season. Everyone starts the season undefeated, as the saying goes, but if we're being honest some teams have more reason for optimism than others.

I think Jim's biggest mistake was I think he squatted

Barry Alvarez (born December 30, 1946 in Langeloth, Pennsylvania) is a retired college football head coach and current Director of Athletics at the University of Wisconsin. On July 28, 2005, Alvarez announced that after the 2005 season he would step down as head coach. Alvarez named then defensive coordinator Bret Bielema as his successor.

In 1990, Alvarez was named head coach of the Wisconsin Badgers. He rejuvenated the floundering program and eventually became the winningest coach in school history. During his tenure, the Badgers won three Big Ten championships and three Rose Bowl games.

FULL ARTICLE AT WIKIPEDIA.ORG
This article is licensed under the GNU Free Documentation License.
It uses material from the Wikipedia article "Barry Alvarez."
Back to Article
/