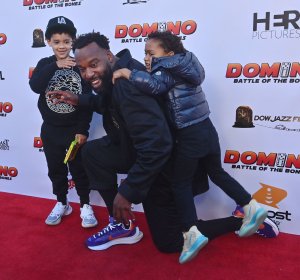 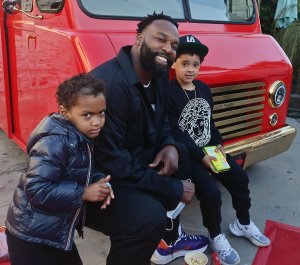 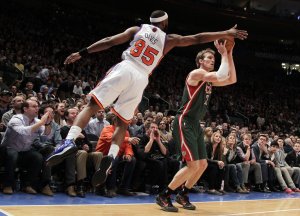 NBA // 5 years ago
Stephen Curry, Golden State Warriors beat Utah Jazz for Game 1 victory
The defensive-minded Jazz would like to shorten the games against the Warriors, the NBA's highest-scoring team, in their Western Conference semifinal series.

NBA // 5 years ago
Phoenix Suns' Devin Booker, Tyler Ulis have Kentucky, UCLA bet with coach
There was no shortage of Kentucky Wildcats pride Tuesday in the Phoenix Suns locker room at AmericanAirlines Arena in Miami.

NBA // 5 years ago
Miami Heat send Chris Bosh to...NBA on TNT
One NBA player was dealt Thursday, but it wasn't to another team.

It's tough for me to comment, but I trust my agent

As long as he continues to do what he does, we will do well

Two years ago, Lee Suggs was one of the premier running backs in the entire country

As long as he continues to do what he does, we will do well

As long as he continues to do what he does, we'll do very well in this series

Baron Walter Louis Davis (born April 13, 1979) is an American professional basketball player with the Cleveland Cavaliers of the NBA. Drafted as the third pick in the 1999 NBA Draft by the Charlotte Hornets, Davis was a star at Crossroads School and UCLA.

Davis was born in Los Angeles, California. His grandmother and guardian, Lela Nicholson, was instrumental in pushing him to play basketball. With her encouragement, he eventually earned a scholarship to attend Crossroads School, a prestigious private school in Santa Monica, California.

As a senior at Crossroads, Davis led his team to the Championship of The Beach Ball Classic tournament in Myrtle Beach, South Carolina over perennial prep powerhouse Christ The King Regional High School (Queens, New York), while earning MVP honors and a spot on the All-Tournament team along with future St. John's standout Erick Barkley at that prestigious event. That year, Davis was also named Gatorade National Player of the Year and a Parade All-American. He was also selected to play in the prestigious McDonald's All-American High School Basketball Game in Colorado Springs in 1997, playing with future NBA players Elton Brand, Shane Battier, Larry Hughes and Ron Artest, and winning the Sprite Slam Dunk Contest despite being the smallest man in the competition at 6'2."

FULL ARTICLE AT WIKIPEDIA.ORG
This article is licensed under the GNU Free Documentation License.
It uses material from the Wikipedia article "Baron Davis."