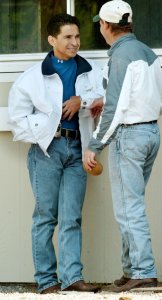 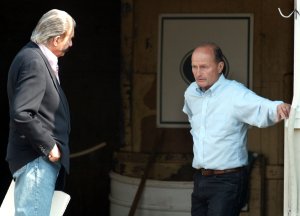 Sports News // 8 months ago
Almond Eye, Furore win in weekend horse racing
Almond Eye made another entry in the record books, Furore finally got back to the winner's arch in Hong Kong and some youngsters teed up potential 2021 Classics campaigns in Canada.

Sports News // 10 months ago
Authentic, Tiz the Law could meet again in the Preakness
Authentic's victory in the Kentucky Derby was only one indication of how things might go for the rest of the year at horse racing's top levels. 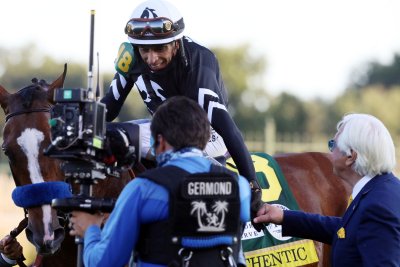 Sports News // 10 months ago
Authentic targets Preakness after 'crazy' Kentucky Derby win
The morning after winning the Kentucky Derby for a record-tying sixth time, the word at the tip of trainer Bob Baffert's tongue was, "crazy." 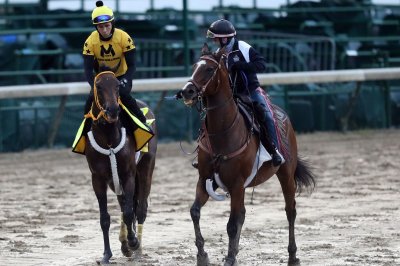 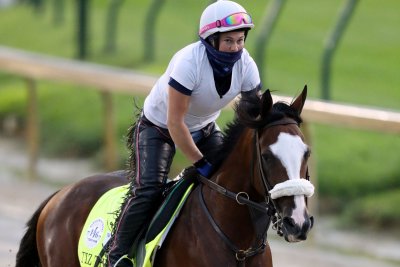 Sports News // 11 months ago
Tiz the Law now even-money Kentucky Derby favorite after Travers romp
Tiz the Law swept to a convincing win in the Travers Stakes at Saratoga during the weekend, confirming his status as the favorite for the Sept. 5 Kentucky Derby.

I told the jock to ride like he did last time (in the Sam F. Davis) and hope for second

I'm going to go out to the Hollywood Derby with him

He was patient with me and didn't get stupid. As soon as he came through, I knew he had it

She has to have things go her own way. She got that today

What was he, 34-1? I liked him, I just didn't think the race would come up that tough. Mr. Fipke (owner Charles E.) had him out west, and wanted to go to the Breeders' Cup. I talked him out of that, and said the Cigar Mile would be a lot easier, and it's still a Grade 1. Then the race came up so tough, and I thought we made a mistake

Barclay Tagg (born December 30, 1937 in Lancaster, Pennsylvania) is an American thoroughbred horse trainer. A 1961 graduate of Pennsylvania State University with a degree in Animal Husbandry, he is best known for conditioning Kentucky Derby, Preakness, and Jockey Club Gold Cup winner Funny Cide. Horses in Tagg's stable have included Showing Up and Nobiz Like Shobiz. Barclay trains horses year round, spending spring in New York and winter in Florida.

Formerly a steeplechase jockey, Tagg won his first race in 1972 at Old Liberty Park. He has been a journeyman trainer for many years, and with Funny Cide became the first trainer to win the Kentucky Derby in his first attempt since Cam Gambolati with Spend a Buck in 1985.

FULL ARTICLE AT WIKIPEDIA.ORG
This article is licensed under the GNU Free Documentation License.
It uses material from the Wikipedia article "Barclay Tagg."
Back to Article
/