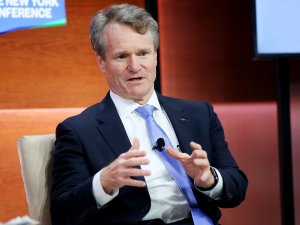 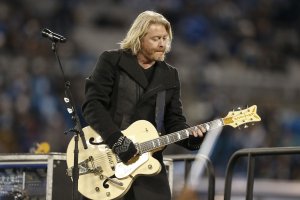 Bank of America Corporation (NYSE: BAC), an American multinational banking and financial services corporation, is the second largest bank holding company in the United States by assets[4], and the fourth largest bank in the U.S. by market capitalization. The bank is headquartered in Charlotte, North Carolina. Bank of America serves clients in more than 150 countries and has a relationship with 99% of the U.S. Fortune 500 companies and 83% of the Fortune Global 500. The company is a member of the Federal Deposit Insurance Corporation (FDIC) and a component of both the S&P 500 Index and the Dow Jones Industrial Average.[5][6][7] As of 2010, Bank of America is the 5th largest company in the United States by total revenue,[8] as well as the second largest non-oil company in the U.S. (after Walmart). In 2010, Forbes listed Bank of America as the 3rd biggest company in the world.[9] The bank's 2008 acquisition of Merrill Lynch made Bank of America the world's largest wealth manager and a major player in the investment banking industry.[10] The company holds 12.2% of all U.S. deposits, as of August 2009,[11] and is one of the Big Four banks in the United States, along with Citigroup, JPMorgan Chase and Wells Fargo—its main competitors.[12][13] According to its 2010 annual report, Bank of America operates "in all 50 states, the District of Columbia and more than 40 non-U.S. countries". It has a "retail banking footprint" that "covers approximately 80 percent of the U.S. population and in the U.S." it serves "approximately 57 million consumer and small business relationships" at "5,900 banking centers" and "18,000 ATMs".[14]

FULL ARTICLE AT WIKIPEDIA.ORG
This article is licensed under the GNU Free Documentation License.
It uses material from the Wikipedia article "Bank of America."
Back to Article
/