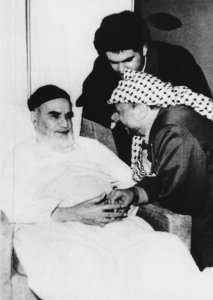 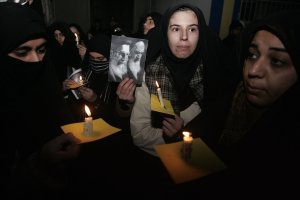 Voices // 9 months ago
Hostage crisis anniversary highlights absence of change in Iran
Monday marks the 40th anniversary of the Iran hostage crisis. It also marks 40 consecutive years of hostage-taking and terrorism by the Islamic Republic of Iran's agents and allies.

Voices // 1 year ago
Western women must show solidarity with repressed 'Iranian sisters'
At a time when women in the West have achieved political, economic, personal and social equality, Iranian women are among the most repressed in the world. 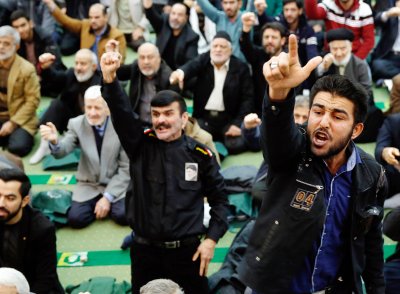 Voices // 2 years ago
Iran's reformists have sided with hard-liners -- and doomed their cause
For a few days at the start of 2018, nationwide protests hit the streets of several Iranian cities, blindsiding the government and briefly drawing the world's attention. 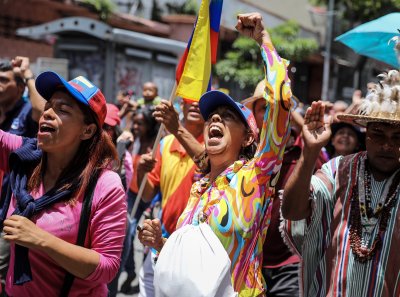 World News // 3 years ago
Iran fires missiles against Islamic State in Syria
Iran's Revolutionary Guard said it launched missiles into Syria targeting the Islamic State in retaliation for the June 7 Tehran attack in which 18 people died. 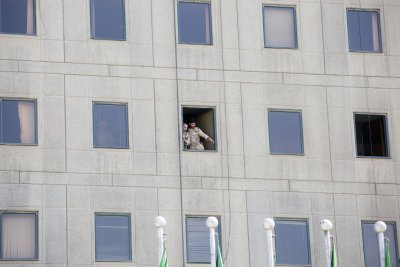 World News // 3 years ago
At least 12 dead after twin terror attacks strike Iran's capital
At least a dozen people died and more than 40 were injured Wednesday in terrorist attacks against Iran's Parliament and Tehran's tomb of Ayatollah Khomeini.

Top News // 3 years ago
The Almanac
On Feb. 14, 1929, in what became known as the "St. Valentine's Day Massacre," gunmen believed to be working for Prohibition-era crime boss Al Capone killed seven members of the rival George "Bugs" Moran gang in a Chicago garage.

Top News // 3 years ago
The Almanac
On Jan. 30, 1933, Adolf Hitler was sworn in as chancellor of Germany.
World News // 6 years ago
Ex-Iranian intel officer says Iran, not Libya, behind Lockerbie attack
The 1988 Lockerbie jetliner bombing was payback for the U.S. Navy's downing of an Iranian airliner six months earlier, an ex-Iranian intelligence officer says.

Grand Ayatollah Sayyed Ruhollah Mostafavi Moosavi Khomeini (Persian: روح‌اللّه مصطفوی موسوی خمینی, Persian pronunciation: , 22 September 1902 – 3 June 1989) was an Iranian religious leader and politician, and leader of the 1979 Iranian Revolution which saw the overthrow of Mohammad Reza Pahlavi, the Shah of Iran. Following the revolution and a national referendum, Khomeini became the country's Supreme Leader—a position created in the constitution as the highest ranking political and religious authority of the nation—until his death.

Khomeini was a marja ("source of emulation", also known as a Grand Ayatollah) in Twelver Shi'a Islam, but is most famous for his political role. In his writings and preachings he expanded the Shi'a Usuli theory of velayat-e faqih, the "guardianship of the jurisconsult (clerical authority)" to include theocratic political rule by the Islamic jurists.

In the Muslim world abroad he was described as the "virtual face in Western popular culture of Islam," known for his support of the hostage takers during the Iranian hostage crisis and his fatwa calling for the death of British citizen Salman Rushdie. Khomeini has been referred to as a "charismatic leader of immense popularity," considered a "champion of Islamic revival" by Shia scholars.

FULL ARTICLE AT WIKIPEDIA.ORG
This article is licensed under the GNU Free Documentation License.
It uses material from the Wikipedia article "Ayatollah Khomeini."
Back to Article
/