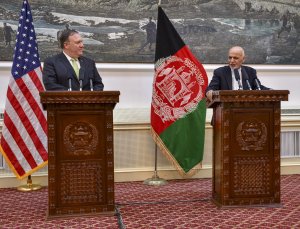 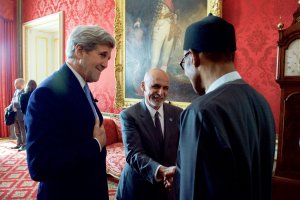 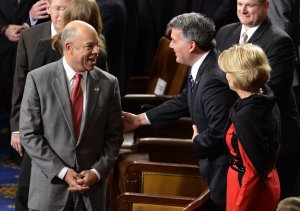 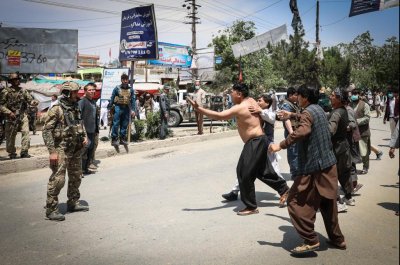 World News // 3 weeks ago
Dozens killed in attacks on Afghanistan maternity ward, funeral
At least 14 people were killed, including two newborns, Tuesday during an attack at a hospital in Kabul, Afghanistan, authorities said.

World News // 1 month ago
U.S. commander meets with Taliban officials amid turmoil
A top U.S. commander has met with leaders of the Taliban amid accusations that each side has violated a peace deal. 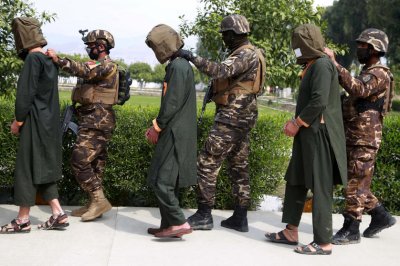 World News // 2 months ago
Taliban, Afghanistan prepare for prisoner swap
Afghanistan and the Taliban will begin a long-awaited prisoner exchange this week, the Taliban and sources within the government said Wednesday.

World News // 2 months ago
EU lauds Afghan gov't for assembling 'inclusive' team for Taliban talks
A European Union delegation said Tuesday a decision by Afghan political leaders to form a negotiation team to meet with the Taliban is an "important step" in progressing key peace talks.

World News // 2 months ago
United States cuts aid to Afghanistan after Pompeo's visit
U.S. Secretary of State Mike Pompeo made an unannounced visit to Afghanistan Monday in a bid to break a political dispute gripping the government in Kabul and stalling peace talks with the Taliban. 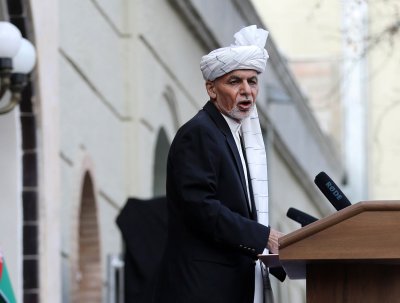 World News // 2 months ago
Ashraf Ghani sworn in for 2nd term as Afghan president
Afghanistan President Ashraf Ghani was sworn in Monday for a second term amid rocket fire that could be heard near the presidential palace.

Our politics is the politics of poverty reduction and economic cooperation

We'll consider the conference successful if we get $11.8 billion over three years

Dr. Ashraf Ghani Ahmadzai is the Chairman of the Institute of State Effectiveness, an organization set up in January 2005 to promote the ability of states to serve their citizens. As Afghanistan's finance minister between July 2002 and December 2004, he set the path for Afghanistan's attempted economic recovery after the collapse of the Taliban.

Commonly he is shortly referred to as Ashraf Ghani, since there is also another Afghan politician named Mohammad Sarwar Ahmadzai, who was also a candidate in the Afghan presidential election, 2009.

Dr. Ghani is also a member of the Commission on Legal Empowerment of the Poor, an independent initiative hosted by the UNDP. In the 2009 presidential elections, he was ranked third in the polls, behind the president Hamid Karzai and his main contender Dr. Abdullah Abdullah.

FULL ARTICLE AT WIKIPEDIA.ORG
This article is licensed under the GNU Free Documentation License.
It uses material from the Wikipedia article "Ashraf Ghani."
Back to Article
/