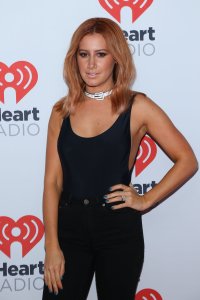 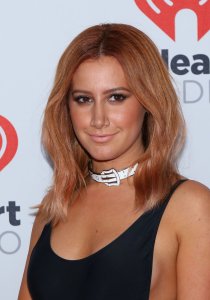 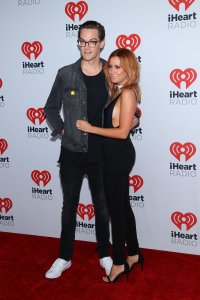 TV // 3 months ago
Ice-T gets the boot in 'Masked Dancer' premiere
Rapper and actor Ice-T was eliminated from Fox's "The Masked Dancer" on Sunday night's premiere episode.

Ashley Michelle Tisdale (born July 2, 1985) is an American actress and singer who rose to prominence portraying the candy-counter girl Maddie Fitzpatrick in Disney Channel's The Suite Life of Zack & Cody and the female antagonist Sharpay Evans in the High School Musical film series. The High School Musical series became a successful franchise which included two television films, a feature movie, a spin-off and numerous soundtrack albums. The popularity earned by Tisdale in High School Musical led her to sign a solo record deal with Warner Bros. Records in 2006. Her debut album Headstrong, was released in February 2007, and debuted at number five in the U.S. chart and sold 64,000 copies in the first week. It was later certified Gold by the Recording Industry Association of America. A second studio album, Guilty Pleasure, was released in 2009.

Tisdale owns a production company and has worked as an executive producer in movies which included the ABC Family television film Picture This. Tisdale has a prominent voice role as Candance Flynn in Disney Channel's Phineas & Ferb, a cartoon which became television's most-watched animated series among kids and tweens and had been met with acclaim by critics. In 2009, she was cast in her first major broadcast role in The CW's television series Hellcats as Savannah Monroe, an intense and very religious cheerleader.

Tisdale was born in West Deal, Monmouth County, New Jersey on July 2, 1985, to Lisa (née Morris) and Mike Tisdale, the manager of a construction company. Her elder sister, Jennifer Tisdale, is an actress, and her maternal grandfather, Arnold Morris, developed the Ginsu Knives. Through her grandfather, Tisdale is also related to businessman Ron Popeil. She grew up in Ocean Township. She is Jewish on her mother's side and considers herself Jewish.

FULL ARTICLE AT WIKIPEDIA.ORG
This article is licensed under the GNU Free Documentation License.
It uses material from the Wikipedia article "Ashley Tisdale."
Back to Article
/