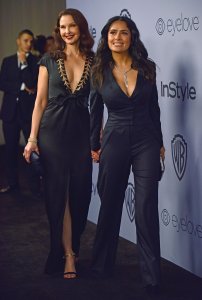 Music // 2 months ago
Wynonna Judd, Waxahatchee team up for duet 'Other Side'
Wynonna Judd and Katie Crutchfield of Waxahatchee have joined forces for a new collaborative song titled "Other Side."

Entertainment News // 3 months ago
Ashley Judd remembers late mother Naomi: 'Be free, my beautiful mother'
Ashley Judd is thanking fans for their support after the death of her mother, Naomi Judd.

Entertainment News // 3 months ago
Naomi Judd remembered as a 'great storyteller, wonderful spirit'
Celebrities are taking to social media to pay their respects to beloved entertainer Naomi Judd, who died Saturday at the age of 76.

When Sarah Palin came on the national scene last summer, few knew that she promotes the brutal aerial killing of wolves

This is my 20th year; I really deserve to have a party because of all this work and hard, long days of being in this business

I was taught to believe that our lifestyle was normal and never to question it or complain, even when I was left alone for hours, sometimes days at a time, or when I was passed without warning to yet another relative

Ashley Judd (born April 19, 1968) is an American television and film actress, who has played lead roles in films including Ruby in Paradise, Kiss the Girls, Double Jeopardy, Where the Heart Is and High Crimes. She is active in a number of humanitarian and political causes, including two missions to the Democratic Republic of Congo to campaign against sexual violence against women.

Ashley was born as Ashley Tyler Ciminella in Granada Hills, California. She is the daughter of Naomi Judd, a country music singer and motivational speaker, and Michael C. Ciminella, a marketing analyst for the horseracing industry. Ashley's elder half-sister, Wynonna, also is a country music singer. Her paternal grandfather was of Sicilian descent, and her paternal grandmother was a descendant of Mayflower pilgrim William Brewster which also makes her a distant cousin of Elisabeth and Andrew Shue as seen on Who Do You Think You Are?. At the time of her birth, her mother was unemployed and did not become well-known as a singer until the early 1980s. Judd's parents divorced in 1972, and in 1973 her mother took her back to her native Kentucky, where Judd spent the majority of her childhood. She also lived in Marin County, California, for two years during grade school.

Judd attended thirteen schools before college, including the Sayre School in Lexington, Kentucky, Paul G. Blazer High School in Ashland Kentucky and Franklin High School in Tennessee. She briefly tried modeling in Japan during one school break. An alumna of the sorority Kappa Kappa Gamma at the University of Kentucky, she majored in French and minored in anthropology, art history, theater and women's studies. She spent a semester studying in France as part of her major, a move that mirrored her role as Reed in the television series Sisters. She graduated from the UK Honors Program and was nominated to Phi Beta Kappa, but did not graduate with her class. Forgoing her commitment to join the Peace Corps, after college she drove to Hollywood, where she studied with well-respected acting teacher, Robert Carnegie, at Playhouse West. During this time, she worked as a hostess at The Ivy restaurant and lived in a Malibu rental house, which later burned down during the great Malibu fires of fall 1993. On May 9, 2007, it was announced Judd had completed her bachelor's degree in French from the University of Kentucky. In a May 2007 appearance on The Ellen DeGeneres Show, Judd explained she had completed her degree requirements in 1990 with 27 more hours taken than the required 120 hours, but had mistakenly thought she was one class short. She only needed to "sign a piece of paper" in order to graduate. DeGeneres then surprised Judd by presenting her with her diploma, which Ellen had acquired from the university. Judd subsequently earned a Master's degree in Public Administration from the John F. Kennedy School of Government at Harvard University in 2010.

FULL ARTICLE AT WIKIPEDIA.ORG
This article is licensed under the GNU Free Documentation License.
It uses material from the Wikipedia article "Ashley Judd."