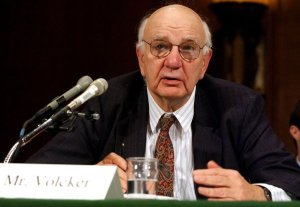 It's a sad day, we've been negotiating this for the last couple weeks trying to work out the details of this

Nancy Temple has been wronged, personally, legally and morally in this trial

Witness details Andersen's past problems May 07, 2002

Arthur Andersen LLP, based in Chicago, was once one of the "Big Five" accounting firms among PricewaterhouseCoopers, Deloitte Touche Tohmatsu, Ernst & Young and KPMG, providing auditing, tax, and consulting services to large corporations. In 2002, the firm voluntarily surrendered its licenses to practice as Certified Public Accountants in the United States after being found guilty of criminal charges relating to the firm's handling of the auditing of Enron, the energy corporation, resulting in the loss of 85,000 jobs. Although the verdict was subsequently overturned by the Supreme Court of the United States, it has not returned as a viable business.

One of the few revenue-generating assets that the Andersen firm still has is The Q Center, a conference and training facility outside of Chicago. The former consultancy arm of the firm, now known as Accenture, which had split from the accountancy side in 1987 and renamed themselves after splitting from Andersen Worldwide in 2000, continues to operate.

Andersen was orphaned at the age of 16 at which point he began working as a mailboy by day and attended school at night, eventually being hired as the assistant to the controller of Allis-Chalmers in Chicago. At 23 he became the youngest CPA in Illinois.

FULL ARTICLE AT WIKIPEDIA.ORG
This article is licensed under the GNU Free Documentation License.
It uses material from the Wikipedia article "Arthur Andersen."
Back to Article
/