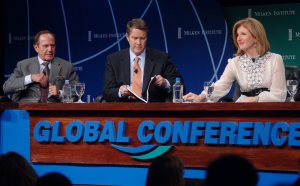 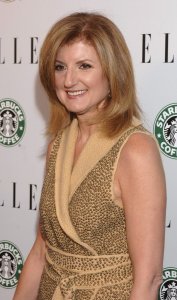 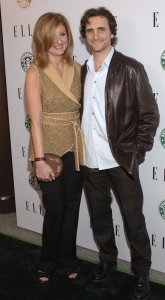 Entertainment News // 4 years ago
Melissa McCarthy thanks TIME 100 Gala honorees for their 'anarchy'
Melissa McCarthy said her first visit to the "Gilmore Girls" set since announcing she will revive her role in the new Netflix special was a "sentimental" one.

Arianna Huffington (born Arianna Stassinopoulos (Greek: Αριάννα Στασινοπούλου); July 15, 1950) is a Greek American author and syndicated columnist. She is best known as co-founder of the news website The Huffington Post. A popular conservative commentator in the mid-1990s, she adopted more liberal political beliefs in the late 1990s. She is the ex-wife of former Republican congressman Michael Huffington.

In 2003, she ran as an independent candidate for Governor in the California recall election.

In 2009, Huffington was named as number 12 in Forbes' first-ever list of the Most Influential Women In Media. She has also moved up to number 42 in The Guardian's Top 100 in Media List.

FULL ARTICLE AT WIKIPEDIA.ORG
This article is licensed under the GNU Free Documentation License.
It uses material from the Wikipedia article "Arianna Huffington."
Back to Article
/