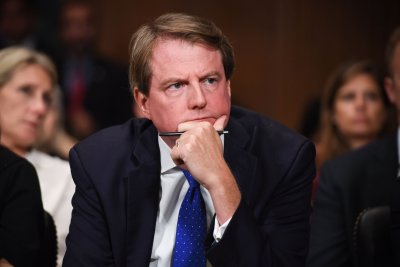 Archibald Cox, Jr., (May 17, 1912 – May 29, 2004) was an American lawyer and law professor who served as U.S. Solicitor General under President John F. Kennedy. He became known as the first special prosecutor for the Watergate scandal. During his career, he was a pioneering expert on labor law and also an authority on constitutional law.

Cox was the son of Archibald and Frances Perkins Cox. A native of Plainfield, New Jersey, he attended the Wardlaw-Hartridge School, then called Wardlaw Country Day, and St. Paul's School. Cox graduated from Harvard College during 1934 and from Harvard Law School during 1937 where he was a member of Phi delta phi legal fraternity. He was a clerk for U. S. Judge Learned Hand of the U.S. Court of Appeals for the Second Circuit. After his clerkship, he joined the Boston law firm of Ropes, Gray, Best, Coolidge and Rugg, now known as Ropes & Gray. During World War II, he was appointed to the National Defense Board, and then to the Office of the Solicitor General.

After the end of World War II, Cox joined the faculty of Harvard University, where he taught courses in torts and in administrative, constitutional, and labor law. During the 1950s, he became an informal adviser and speech-writer for John F. Kennedy, who was then a U.S. senator from Massachusetts. Cox assisted Kennedy's campaign for President during 1960. During 1961, Cox joined the Kennedy administration as solicitor general. At a time when civil rights protesters were routinely chased with dogs and clubbed, he often appeared before the Supreme Court in support of their cause. Among the cases he was involved with were Baker v. Carr, which set the constitutional standards for reapportionment; Heart of Atlanta Motel v. United States, which set a precedent by recognizing the Constitution's authorization for federal laws requiring desegregation of public accommodations for African-Americans; and South Carolina v. Katzenbach, which upheld the Voting Rights Act. During 1965, he returned to Harvard's law school.

FULL ARTICLE AT WIKIPEDIA.ORG
This article is licensed under the GNU Free Documentation License.
It uses material from the Wikipedia article "Archibald Cox."
Back to Article
/