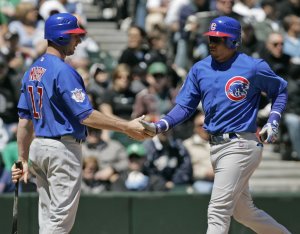 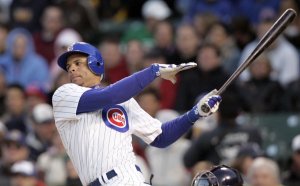 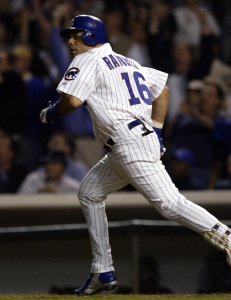 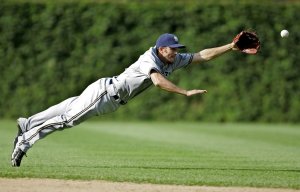 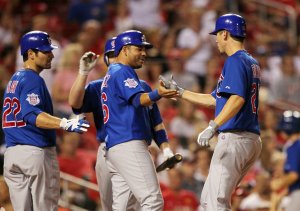 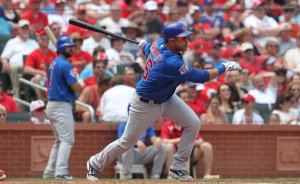 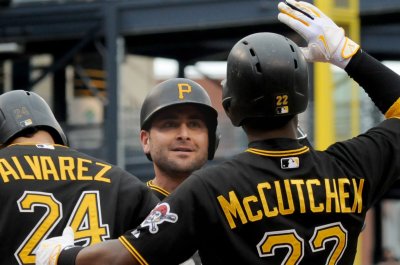 Sports News // 4 years ago
Chicago Cubs' Jake Arrieta shuts down Pittsburgh Pirates
CHICAGO -- Jake Arrieta is already in the hunt for National League Cy Young Award selection, but a spectacular second half is also generating talk of Most Valuable Player honors for the Chicago Cubs right-hander. 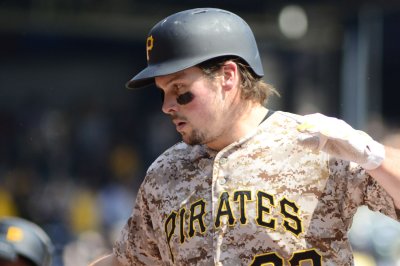 Sports News // 4 years ago
Homers by Starling Marte, Pedro Alvarez help Pirates win
LOS ANGELES -- A trip to the West Coast provided the Pittsburgh Pirates with both a tonic and a scouting report.

Sports News // 4 years ago
Jon Lester pitches Chicago Cubs to a split with Pittsburgh Pirates
PITTSBURGH -- This is why the Chicago Cubs decided to pay Jon Lester a lot of money.

Aramis Nin Ramírez (English pronunciation: /əˈrɑːmɨs/; born June 25, 1978 in Santo Domingo, Dominican Republic) is an All-Star Major League Baseball third baseman for the Chicago Cubs. He started his professional career with the Pittsburgh Pirates in 1998 before being traded to the Cubs in 2003. On November 12, 2006, Ramírez signed a five-year deal with the Cubs with an option for 2012.

On November 7, 1994, Ramírez signed a contract with the Pittsburgh Pirates. On May 26, 1998, he made his first major league debut with the Pirates, becoming the youngest player in MLB at that time.

Ramírez struggled in his first three seasons, splitting playing time between the Pirates and Triple-A Nashville. Playing with the Pirates for an entire season for the first time in 2001, Ramírez hit .300 with 34 home runs. In 2002, his batting performance dipped to .234 with 18 home runs.

FULL ARTICLE AT WIKIPEDIA.ORG
This article is licensed under the GNU Free Documentation License.
It uses material from the Wikipedia article "Aramis Ramirez."
Back to Article
/