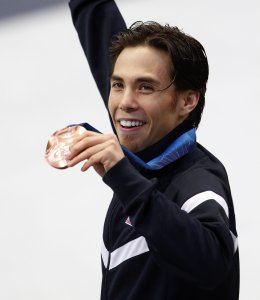 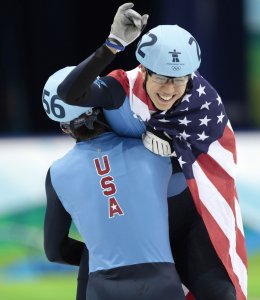 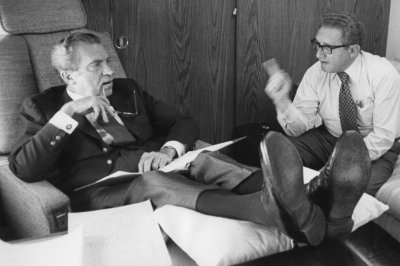 Top News // 3 years ago
The Almanac
On May 22, 1972, Richard Nixon became the first U.S president to visit Moscow.

Apolo Anton Ohno (pronounced /əˈpɒloʊ ˈæntɒn ˈoʊnoʊ/; born May 22, 1982) is an American short track speed skating competitor and an eight-time medalist (two gold, two silver, four bronze) in the Winter Olympics. He is the most decorated American Winter Olympic athlete of all time.

Ohno is one of only four Americans who have won three medals in a single Winter Olympic games. He has been the reigning United States champion since 2001 and has won the men's national title a total of 12 times. In December 1999, he became the youngest skater to win a World Cup event title, and became the first American to win a World Cup overall title in 2001. In 2008, Ohno won his first overall World Championship title.

FULL ARTICLE AT WIKIPEDIA.ORG
This article is licensed under the GNU Free Documentation License.
It uses material from the Wikipedia article "Apolo Anton Ohno."
Back to Article
/