World News // 5 months ago
Malaysia prime minister faces calls to resign after emergency request
Malaysia's prime minister is encountering calls for his resignation after only eight months in power over his handling of the coronavirus pandemic.

World News // 8 months ago
Malaysian minister says all video-makers need government license
Malaysia's communication minister said Thursday that producers are required to apply for a license for all videos amid a dispute over a documentary by Al Jazeera Media Network. 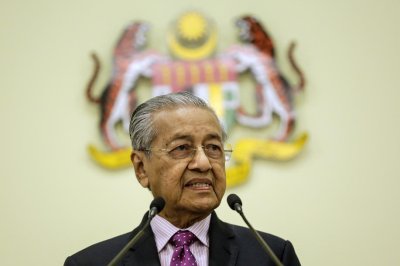 World News // 1 year ago
Former ruling coalition tabs Anwar Ibrahim as next Malaysian PM
Anwar Ibrahim, who's long been a central figure in Malaysian politics, has been nominated by the former ruling Pakatan Harapan coalition as its candidate for prime minister.

World News // 2 years ago
After 4 years, search for MH370 ends with no answers
The last part of a four-year search for missing Malaysia Airlines Flight 370 formally ended Tuesday as a privately-funded search came to a close.

World News // 6 years ago
Malaysia charges cartoonist for sedition over tweets critical of government
A Malaysian cartoonist known for his critical cartoons of Malaysia's ruling Barisan Nasional party was charged with sedition Friday. 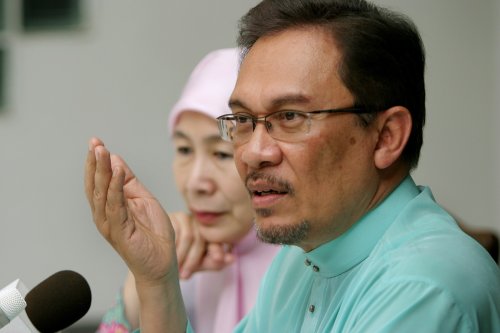 I don't believe that I'm going to get a fair trial

Anwar bin Ibrahim (born 10 August 1947) is a Malaysian politician who served as Malaysian Deputy Prime Minister from 1993 to 1998. Early in his career, Anwar was a close ally of Prime Minister Mahathir bin Mohamad but subsequently emerged as the most prominent critic of Mahathir's government.

In 1999, he was sentenced to six years in prison for corruption, and in 2000, to another nine years for sodomy. In 2004, the Federal Court reversed the second conviction and he was released. In July 2008, he was arrested over allegations he sodomised one of his male aides, and faces new sodomy charges in the Malaysian courts.

FULL ARTICLE AT WIKIPEDIA.ORG
This article is licensed under the GNU Free Documentation License.
It uses material from the Wikipedia article "Anwar Ibrahim."
Back to Article
/