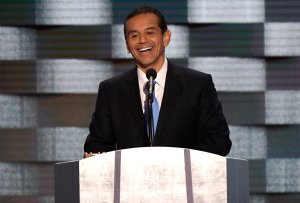 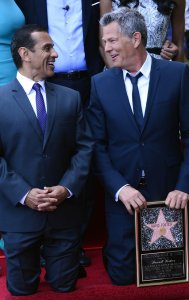 Top News // 6 months ago
On This Day: Explorer begins journey to sail papyrus boat across Atlantic
On May 17, 1970, Norwegian explorer Thor Heyerdahl set sail from Morocco in a papyrus boat called the Ra II, modeled on drawings of ancient Egyptian vessels.

Top News // 3 years ago
On This Day: Memphis Belle completes 25th flight
On May 17, 1943, the Memphis Belle became one of the first B-17 to complete 25 missions in World War II, securing the plane and crew's reputations as rockstars.

Top News // 4 years ago
The Almanac
On May 17, 1954, the U.S. Supreme Court, in Brown v. Board of Education, ruled unanimously that racial segregation in public schools was unconstitutional.

Top News // 5 years ago
The Almanac
On May 17, 1954, the Supreme Court, in Brown v. Board of Education ruled unanimously that racial segregation in public schools was unconstitutional.

U.S. News // 6 years ago
Sen. Barbara Boxer, D-Calif., to retire after long career
Democratic Sen. Barbara Boxer, who has represented California in Congress since 1983, ,announced Thursday she is retiring at the end of her current term.
Odd News // 7 years ago
The almanac
UPI Almanac for Thursday, Jan. 23, 2014.

This is a world-class city, and we provide fire and police protection. Period. The idea that we would charge the family for a funeral is nonsensical

With Chief Bratton at the helm, the Los Angeles Police Department transformed itself into a beacon of progress and professionalism, a department seen as a partner, not an adversary, no longer bound by the misdeeds of the past

While the worst of the last few storms is behind us, there still is a significant threat from thundershowers that are forming off the coast

We're living beyond our means, we have difficult choices to make, we must protect our economic future

Antonio Ramón Villaraigosa (pronounced /ˌviː.əraɪˈɡoʊsə/; born January 23, 1953), born Antonio Ramón Villar, Jr., is the 41st and current Mayor of Los Angeles, California, the third Mexican American to have ever held office in the city of Los Angeles and the first in over 130 years. He is also the current president of the United States Conference of Mayors. He was elected mayor on May 17, 2005, defeating incumbent mayor James Hahn, and then re-elected for a second term in 2009. Prior to his election as mayor, Villaraigosa was the California State Assemblyman for the 45th District, the Speaker of the California State Assembly, and the Los Angeles City Councilman representing the 14th District. Villaraigosa is unable to run for a third term in 2013 due to term limits.

Before being elected to public office, Villaraigosa was a labor organizer. Villaraigosa served as a national co-chairman of Hillary Rodham Clinton's 2008 presidential campaign and as a member of President Barack Obama's Transition Economic Advisory Board.

Born Antonio Villar in the City Terrace neighborhood of Los Angeles County's Eastside, Villaraigosa attended both Catholic and public schools. His father abandoned the family when Villaraigosa was 5 years old. At the age of 16, a benign tumor in his spinal column briefly paralyzed him from the waist down, curtailing his ability to play sports. His grades plummeted at Cathedral High School. The next year, he was expelled from the Roman Catholic institution after getting into a fight after a football game. He graduated from Roosevelt High School, and, with the help of his English teacher Herman Katz, went on to attend East Los Angeles College. Villaraigosa eventually transferred to University of California, Los Angeles (UCLA), but he did not graduate by the time that he left in 1975. At UCLA, Villaraigosa was a leader of MEChA. At this time, he went by the name "Tony Villar" but began using his birth name, Antonio, in the 1980s.

FULL ARTICLE AT WIKIPEDIA.ORG
This article is licensed under the GNU Free Documentation License.
It uses material from the Wikipedia article "Antonio Villaraigosa."