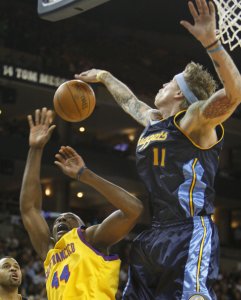 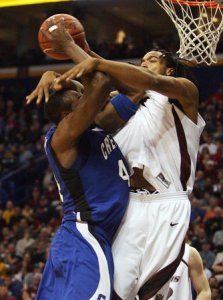 NBA // 2 years ago
NBA roundup: recap, scores, notes for every game played on March 26
LOS ANGELES -- Willie Cauley-Stein scored on a putback with 1.8 seconds remaining, allowing the Sacramento Kings to stun the Los Angeles Clippers 98-97 at Staples Center on Sunday. 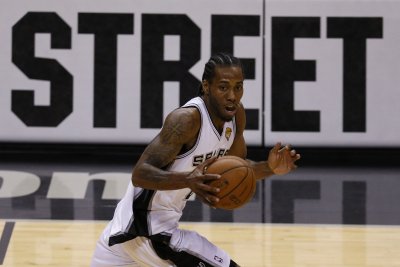 NBA // 2 years ago
NBA roundup: recap, scores, notes for every game played on March 13
SAN ANTONIO -- Kawhi Leonard poured in 31 points to lead four teammates in double-figure scoring as the San Antonio Spurs played through a season-high 23 turnovers and defeated the Atlanta Hawks 107-99 on Monday at the AT&T Center.

After going undrafted out of Creighton in 2007, he spent the preseason with the Cleveland Cavaliers, making the opening-day roster, but never playing. He spent much of the 2007–08 season with the Iowa Energy of the NBA Development League, averaging 11.5 points and 6.4 rebounds per game, before going abroad to join collegiate teammate Nate Funk with Eisbären Bremerhaven of the German Basketball Bundesliga. Following a stint in Germany which saw him average 14.3 points and 7.3 rebounds per game, he was signed by the San Antonio Spurs in July 2008.

Tolliver spent the early part of the 2008–09 campaign shuttling between San Antonio and Austin of the D-League. After appearing in 11 early games with San Antonio (averaging 3.5 points and 2.3 rebounds in 12.1 minutes per game), he was sent to Austin for six games, where he averaged 17.8 points and 7.8 rebounds in his second D-League stint. He appeared in eight more games with San Antonio before being waived January 7, 2009. He signed with Iowa again shortly after; he then signed with New Orleans after three games with Iowa. After his ten-day contract expired without renewal, he returned to Iowa for a third stint. He was averaging 12.6 points and 8.1 rebounds per game with the Energy when he signed with Galatasaray Café Crown of the Turkish Basketball League.

FULL ARTICLE AT WIKIPEDIA.ORG
This article is licensed under the GNU Free Documentation License.
It uses material from the Wikipedia article "Anthony Tolliver."
Back to Article
/