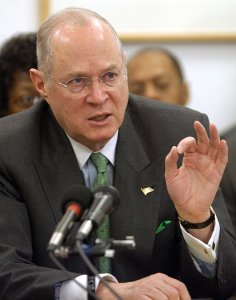 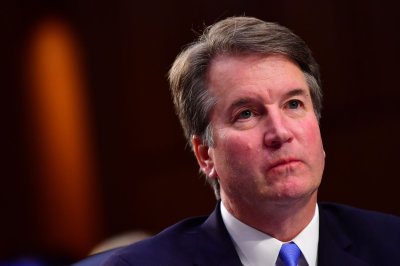 U.S. News // 2 years ago
What Kavanaugh said on the issues this week
Though Supreme Court nominee Brett Kavanaugh repeatedly said he wouldn't reveal how he'd vote on hypothetical cases, he did address some key issues.

U.S. News // 3 years ago
Supreme Court weighs case of same-sex marriage wedding cake
The Supreme Court will face a contentious case on Tuesday featuring a Colorado baker, Jack Phillips, who refused to bake a wedding cake for a same-sex couple. 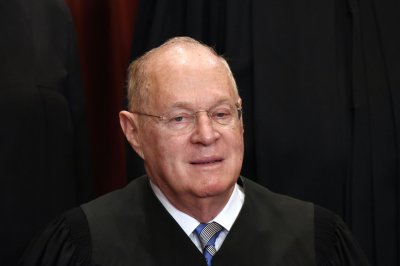 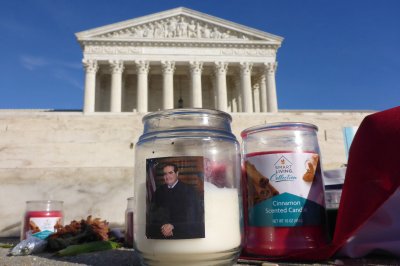 Anthony McLeod Kennedy (born July 23, 1936) is an Associate Justice of the U.S. Supreme Court, having been appointed by Republican President Ronald Reagan in 1988. Since the retirement of Sandra Day O'Connor, Kennedy is often the swing vote on many of the Court's politically charged 5–4 decisions.

Kennedy grew up in Sacramento, California as the son of a prominent attorney. He is not a member of the Kennedy political family. As a boy he came into contact with prominent attorneys such as Earl Warren. He served as a page in the California State Senate as a youngster.

Kennedy graduated from C. K. McClatchy High School in 1954. He was an undergraduate student at Stanford University from 1954-58, graduating with a B.A. in Political Science, after spending his senior year at the London School of Economics. He earned an LL.B from Harvard Law School in 1961.

FULL ARTICLE AT WIKIPEDIA.ORG
This article is licensed under the GNU Free Documentation License.
It uses material from the Wikipedia article "Anthony M. Kennedy."
Back to Article
/