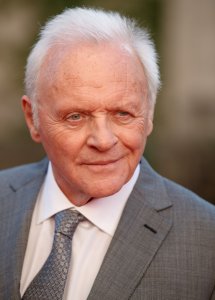 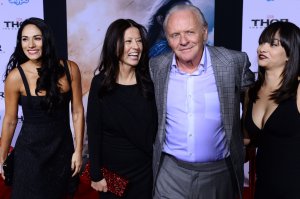 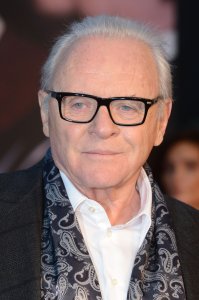 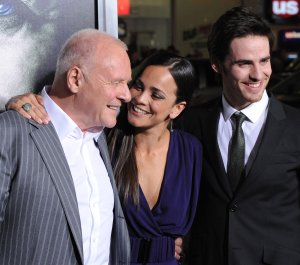 Movies // 3 days ago
'My Policeman' with Harry Styles to receive TIFF Tribute Award for Performance
"My Policeman," a romantic drama starring Harry Styles, Emma Corrin and David Dawson, will be honored at the Toronto International Film Festival Tribute Awards.

Movies // 3 weeks ago
What to watch: 10 Winona Ryder roles beyond 'Stranger Things'
Teens and tweens who love Winona Ryder as badass middle-aged mom Joyce Beyers on "Stranger Things" might be surprised to learn the 50-year-old actress was the It Girl of the 1980s and '90s.

TV // 9 months ago
Apple renews 'Mythic Quest' for 2 more seasons
Apple TV+ announced Thursday that it has renewed "Mythic Quest" for Seasons 3 and 4, with the third season coming in 2022.

I am having the time of my life making 'Thor' with Ken and Chris. They have made every day immensely fun and collaborative and we're all puzzled that someone would fabricate a story suggesting otherwise

I've been a great admirer of Andre Rieu for several years. He's a great musician. My wife and I had the same dream of meeting him one day, so I've sent him some music that I wrote. It's a dream come true for me that Andre performed it with his orchestra. I'm totally knocked out by the result. It's even more than I expected

Sir Philip Anthony Hopkins, CBE (born 31 December 1937), best known as Anthony Hopkins, is a Welsh actor of film, stage and television. Considered to be one of the greatest living actors, Hopkins is perhaps best known for his portrayal of cannibalistic serial killer Hannibal Lecter in The Silence of the Lambs (for which he received the Academy Award for Best Actor), its sequel Hannibal, and its prequel Red Dragon. Other prominent film credits include The Lion in Winter, Magic, The Elephant Man, 84 Charing Cross Road, Dracula, Legends of the Fall, The Remains of the Day, Amistad, Nixon, and Fracture. Hopkins was born and brought up in Wales. Retaining his British citizenship, he became a U.S. citizen on 12 April 2000. Hopkins' films have spanned a wide variety of genres, from family films to horror. As well as his Academy Award, Hopkins has also won three BAFTA Awards, two Emmys, a Golden Globe and a Cecil B. DeMille Award.

Hopkins was knighted by Queen Elizabeth II in 1993 for services to the arts. He received a star on the Hollywood Walk of Fame in 2003, and was made a Fellow of the British Academy of Film and Television Arts in 2008.

Hopkins was born in Margam, Port Talbot, Wales, the son of Muriel Anne (née Yeats) and Richard Arthur Hopkins, a baker. His schooldays were unproductive; he found that he would rather immerse himself in art, such as painting and drawing, or playing the piano, than attend to his studies. In 1949, to instill discipline, his parents insisted he attend Jones' West Monmouth Boys' School in Pontypool, Wales. He remained there for five terms and was then educated at Cowbridge Grammar School in the Vale of Glamorgan, Wales.

FULL ARTICLE AT WIKIPEDIA.ORG
This article is licensed under the GNU Free Documentation License.
It uses material from the Wikipedia article "Anthony Hopkins."