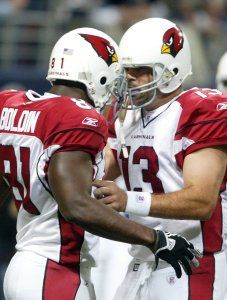 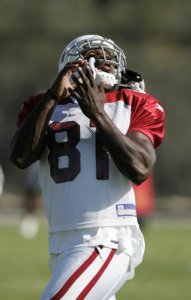 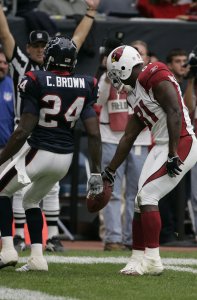 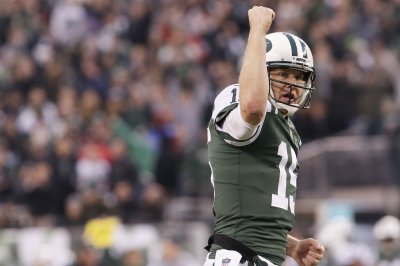 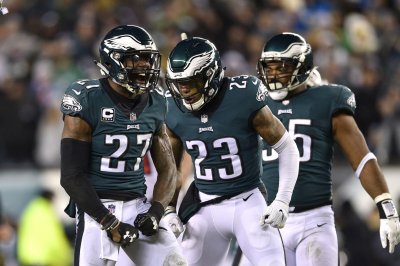 NFL // 3 years ago
2018 Pro Bowl: The top 10 snubbed NFL stars and reactions
The usual suspects will participate in the 2018 Pro Bowl, but several notable names were left off of this year's roster.

NFL // 3 years ago
Players debate NFL's proposed $100 million donation
The NFL proposed joining with its players in a bid to spur social justice change, although not all players are on board with the proposal.

NFL // 3 years ago
Matt Ryan, Atlanta Falcons' offense back on track
The Atlanta Falcons offense had been moving forward without two of its main stars.

NFL // 3 years ago
Red-hot Atlanta Falcons forging ahead in face of mounting injuries
The Atlanta Falcons hope to have two-time Pro Bowl running back Devonta Freeman available for next Sunday's game against the Minnesota Vikings.

Just hearing the word 'bruise' was a sigh of relief

Anquan Kenmile Boldin (pronounced /ˈænkwɑːn/; born October 3, 1980 in Pahokee, Florida) is a professional American football player. He was chosen by the Arizona Cardinals in the 2003 NFL Draft out of Florida State University. He was drafted in the 2nd round because of his relatively slow combine speed. His speed has proved no impediment to success. Boldin was named NFL Offensive Rookie of the Year in 2003 by the Associated Press. He is known as one of the league's most physical receivers.

Boldin is the cousin of CFL All-Star defensive back Korey Banks. He also has a brother, Demir "D.J." Boldin, who played College football at Wake Forest University. D.J. participated in the 2009 NFL Draft but was not chosen. Shortly after the Draft, he was signed as an undrafted free agent by the Detroit Lions. He has one son, Anquan Jr.

Boldin requested a trade following the 2007 season when his fellow wide receiver Larry Fitzgerald signed a four-year, $40 million contract extension with Arizona and the Cardinals declined to renegotiate Boldin's contract. He has two years with $12 million remaining on his current contract.

FULL ARTICLE AT WIKIPEDIA.ORG
This article is licensed under the GNU Free Documentation License.
It uses material from the Wikipedia article "Anquan Boldin."
Back to Article
/