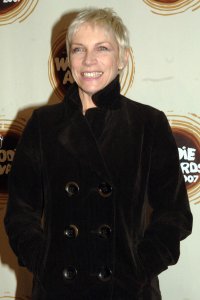 Top News // 3 years ago
The Almanac
On Dec. 25, 1991, Mikhail Gorbachev resigned as Soviet president the day before Russia's Supreme Soviet (the name for the USSR's legislative bodies) voted to end the Soviet Union.

Music // 5 years ago
Beck, Sam Smith and Pharrell Williams win big at the Grammys
Beck's "Morning Phase" won the top prize of Album of the Year at the Grammy Awards show in Los Angeles Sunday night.
Odd News // 5 years ago
The Almanac
UPI Almanac for Thursday, Dec. 25, 2014
Blog // 6 years ago
Eurythmics to reunite for Beatles tribute
Annie Lennox and David Stewart are set to reunite as the Eurythmics for the first time in nearly a decade.
TV // 6 years ago
Eurythmics to reunite for Beatles tribute
Eurythmics Annie Lennox and Dave Stewart are to reunite on "The Night That Changed America: A Grammy Salute to the Beatles" in Los Angeles.

When I had the surgery, I didn't even know if I would be able to walk again properly. My foot is still not right -- it is kind of permanently numb. And it is a strange thing to live with, really

Lennox recovering from back surgery Apr 13, 2009

Annie Lennox, OBE (born 25 December 1954), born Ann Lennox, is a Scottish recording artist. After achieving minor success in the band The Tourists in the late 1970s, Lennox went on to major international success in the 1980s as part of the duo Eurythmics, which she formed with former Tourists' member David A. Stewart.

In the 1990s, Lennox embarked on a solo career beginning with her debut album Diva (1992), which produced several hit singles including "Why" and "Walking on Broken Glass". She has released five solo studio albums and a compilation album, The Annie Lennox Collection, in 2009. She is the recipient of eight BRIT Awards. In 2004, she won both the Golden Globe and the Academy Award for Best Original Song for "Into the West", written for the soundtrack to the feature film The Lord of the Rings: The Return of the King.

In addition to her career as a musician, Lennox is also a political and social activist, notable for raising money and awareness for HIV charities in Africa. She also objected to the unauthorized use of the 1999 Eurythmics song "I Saved the World Today" in an election broadcast for Israeli Foreign Minister Tzipi Livni.

FULL ARTICLE AT WIKIPEDIA.ORG
This article is licensed under the GNU Free Documentation License.
It uses material from the Wikipedia article "Annie Lennox."
Back to Article
/