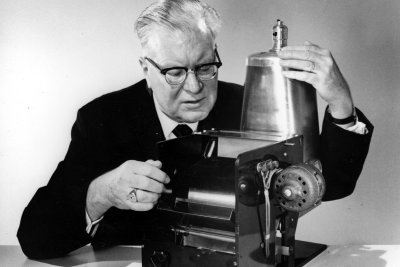 Annette Joanne Funicello (born October 22, 1942) is an American singer and actress. She was Walt Disney's most popular cast member of The Mickey Mouse Club, and went on to appear in a series of beach party films.

Born in Utica, New York to Italian-Americans Joseph and Virginia Funicello, she took dancing and music lessons as a child to try to overcome shyness. Her family moved to Southern California when she was four years old.

In 1955, the 12-year-old was discovered by Walt Disney as she performed as the Swan Queen in Swan Lake at a dance recital in Burbank, California. On the basis of this appearance, Disney cast her as one of the original "Mouseketeers". She was the last to be selected, and the only one picked by Walt Disney. She soon proved to be very popular. By the end of the first season of Mickey Mouse Club, she was receiving 6,000 letters a month, according to her Disney Legends biography.

FULL ARTICLE AT WIKIPEDIA.ORG
This article is licensed under the GNU Free Documentation License.
It uses material from the Wikipedia article "Annette Funicello."
Back to Article
/