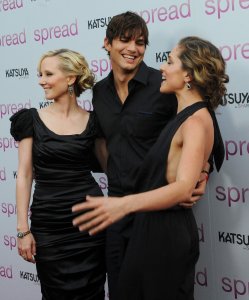 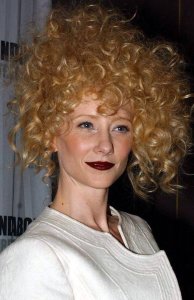 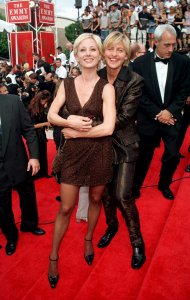 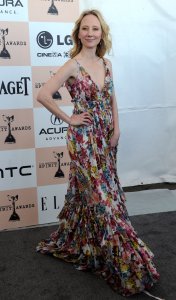 TV // 2 days ago
Two celebs will be sent packing on Monday's 'DWTS'
Monday's edition of "Dancing with the Stars" is expected to feature the elimination of not one but two contestants, ABC said. 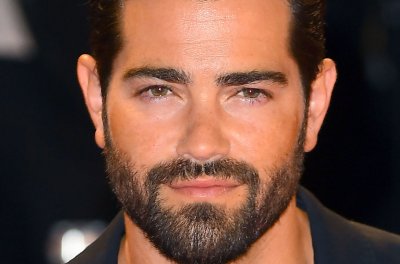 Anne Celeste Heche ( /ˈheɪʃ/ haysh; born May 25, 1969) is an American actress, director, and screenwriter. She is a three-time Emmy Award nominee, winning the Daytime Emmy award for "Outstanding Younger Actress in a Drama Series" for her role on Another World, nominated again for the same role, and then again nominated for "Outstanding Supporting Actress in a Miniseries or Movie" for her role in Gracie's Choice.

Heche was born in Aurora, Ohio, the daughter of Nancy (née Prickett) and Donald Joe Heche. Her father was an organist, church founder, Baptist minister, and choir director. In her book, Call Me Crazy, she claimed that her father molested her during her childhood, giving her herpes simplex. Her father later disclosed his homosexuality to his family before dying of AIDS in 1983. In that same year, Heche's older brother Nate, who was also an actor, was killed in a car accident just a few months before his graduation from high school. Heche was a noted actress at the progressive Francis W. Parker School, in Chicago, and the Bunche Park soap opera. As the World Turns offered her a contract in 1985, when she was 16. However, both she and her mother felt it best that she finish high school first.

Immediately after her high school graduation, Heche landed her first major TV role, that of good and evil twins Vicky and Marley on the NBC soap opera Another World. Heche earned Daytime Emmy and Soap Opera Digest Awards. Heche taped her final episode of Another World in 1991 and the following year made her TV film debut alongside Jessica Lange in the Golden Globe-nominated adaptation of Willa Cather’s O Pioneers. She made her feature debut as Mary Jane Wilks in The Adventures of Huckleberry Finn (1993) and gradually landed larger roles in I'll Do Anything (1994) and TV movies Against the Wall (1994) and Kingfish: A Story of Huey Long (1995), playing Huey Long's mistress.

FULL ARTICLE AT WIKIPEDIA.ORG
This article is licensed under the GNU Free Documentation License.
It uses material from the Wikipedia article "Anne Heche."
Back to Article
/