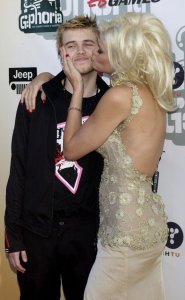 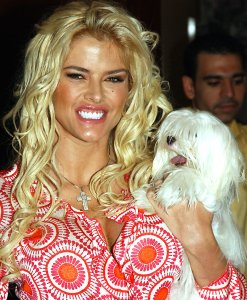 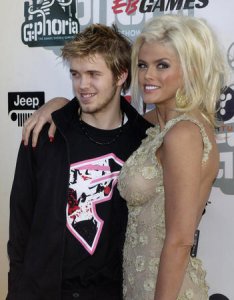 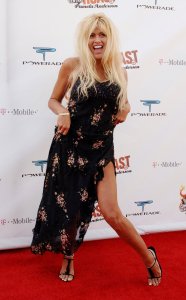 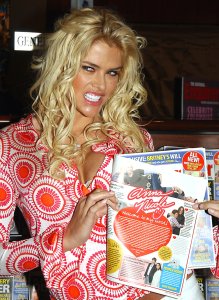 Top News // 4 years ago
The Almanac
On Feb. 8, 2007, Anna Nicole Smith, a 39-year-old actor, model and tabloid fixture, was found dead in a Hollywood, Fla., hotel. Her death was attributed to accidental sedative overdose.

Sometimes he tries to smile and give me such hope, he a fighter and I believe he can make it. If Jesus (decides) to take him I (don't know) what I'll do. I love him so much

My dearest son Daniel, you were my rock, you were the only one that could keep me solid. Why God took you way from me I do not understand. Perhaps some day I will. It is so hard to think of you, but I do every second

She is rather too close to me, and we do have a doggy therapist, and she is on Prozac

Anna Nicole Smith (November 28, 1967 – February 8, 2007) was an American model, actress and television personality. Smith first gained popularity in Playboy, becoming the 1993 Playmate of the Year. She modeled for clothing companies, including Guess jeans and Lane Bryant.

Smith dropped out of high school and was married in 1985. Her highly publicized second marriage to oil business mogul J. Howard Marshall, 62 years her senior, resulted in speculation that she married the octogenarian for his money, which she denied. Following Marshall's death, Smith began a lengthy legal battle over a share of his estate; her case, Marshall v. Marshall, reached the U.S. Supreme Court on a question of federal jurisdiction. She died on February 8, 2007 in a Hollywood, Florida hotel room as a result of an overdose of prescription drugs. Within the final six months of her life, Smith was the focus of renewed press coverage surrounding the death of her son, Daniel and the paternity and custody battle over her biological daughter Dannielynn.

Born Vickie Lynn Hogan in Harris County, Texas, Anna Nicole was the only child of Donald Eugene Hogan (July 12, 1947 – September 19, 2009) and Virgie Mae (née Tabers; born July 12, 1951), who married on February 22, 1967 and divorced on November 4, 1969. Anna Nicole was raised by her mother and aunt. Virgie subsequently married Donald R. Hart in 1971. After Virgie married Donald, Anna Nicole changed her name from Vickie Hogan to Nikki Hart. Anna Nicole attended Durkee Elementary School and Aldine Intermediate School in Houston. When she was in the 9th grade, she was sent to live with her mother's younger sister, Kay Beall, in Mexia, Texas. At Mexia High School, Anna Nicole failed her freshman year and later quit school during her sophomore year. While working at Jim's Krispy Fried Chicken in Mexia, Anna Nicole met Billy Wayne Smith, who was a cook at the restaurant. The couple married April 4, 1985; when she was 17 and he was 16. Anna Nicole gave birth to their son, Daniel Wayne Smith on January 22, 1986. She and Billy separated in 1987 and she moved to Houston with one-year-old Daniel. They were officially divorced February 3, 1993, in Houston. Initially, Anna Nicole found employment at Wal-Mart, then as a waitress at Red Lobster. She then became a stripper, and in 1991, began taking modeling and voice lessons. In October of that year, she saw an ad in the newspaper to audition for Playboy magazine.

FULL ARTICLE AT WIKIPEDIA.ORG
This article is licensed under the GNU Free Documentation License.
It uses material from the Wikipedia article "Anna Nicole Smith."
Back to Article
/