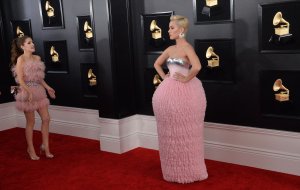 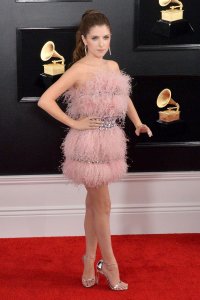 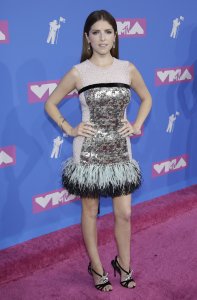 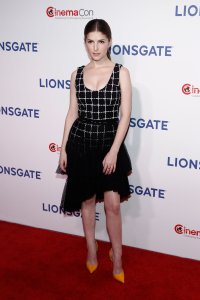 Entertainment News // 7 months ago
'Lord of the Rings' cast reunites for rap on 'The Late Show'
Elijah Wood, Orlando Bloom and other "Lord of the Rings" stars joined Killer Mike and Method Man for a sketch celebrating the trilogy's 20th anniversary.

TV // 10 months ago
'Pitch Perfect' series starring Adam Devine coming to Peacock
Peacock announced Tuesday it has ordered a "Pitch Perfect" streaming series based on the movie trilogy. Adam Devine reprises his role from the films.

Anna Kendrick (born August 9, 1985) is an American film and stage actress. She is known for her prominent roles in the 2003 film Camp and the 2007 film Rocket Science, and her supporting role in the film series The Twilight Saga. She stars in the 2009 film Up in the Air.

Kendrick claims to have "caught the bug" at the age of 10, when her parents would drive her from her hometown of Portland, Maine, to New York City so that she could attend auditions. Her first appearance was the role of Dinah in the Broadway musical High Society in August 1998, at age 12, which earned her Theatre World Award, Drama Desk Award, and Tony Award nominations, the latter of which made her the third-youngest nominee ever after 10-year-old Frankie Michaels and 11-year-old Daisy Eagan, who both went on to win.

Afterward, she was featured in a number of other theater productions, including the musical A Little Night Music, before making her film debut in the 2003 musical comedy Camp, for which she was nominated for a Best Supporting Actress Chlotrudis Award and Best Debut Performance Independent Spirit Award for her portrayal of the character Fritzi Wagner.

FULL ARTICLE AT WIKIPEDIA.ORG
This article is licensed under the GNU Free Documentation License.
It uses material from the Wikipedia article "Anna Kendrick."