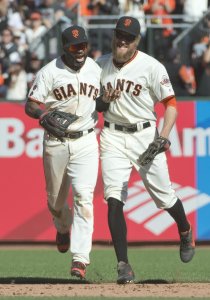 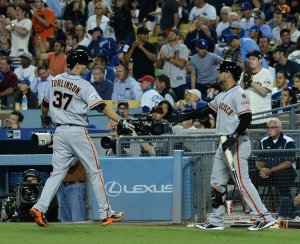 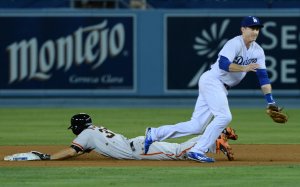 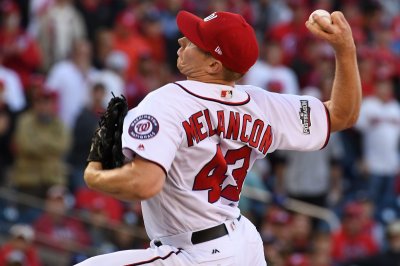 MLB // 4 years ago
San Francisco Giants 2017 season preview: Closer Mark Melancon will be key
The San Francisco Giants ended the 2016 season totally unconvinced they weren't a better team than the Chicago Cubs. One player away, they almost unanimously agreed.

MLB // 4 years ago
MLB Spring Training: Predictions, key decisions for all 30 teams
As spring training begins to wind down, teams are starting to make the tough roster decisions. Many clubs are attempting to fill the back end of the rotation or determine which reserves deserve a bench job. For the few fortunate teams, such as the defending champion Chicago Cubs, the key remaining issue might be deciding the pecking order in a packed bullpen.

MLB // 4 years ago
Indians-Cubs, World Series, Game 3 preview: What we know, what to expect
Kyle Hendricks may provide a bigger impediment for Cleveland than Schwarber when the World Series shifts to Chicago for Game 3 Friday after the teams split the first two games at Progressive Field.

MLB // 4 years ago
San Francisco Giants season-ending report: Looking for relief, power
SAN FRANCISCO -- The spotlight that was shined on the club's shaky bullpen in the season-ending loss to the Chicago Cubs blinded Giants fans to a greater truth.

MLB // 4 years ago
Giants-Cubs NLDS Game 3: San Francisco wins in 13 innings to stay alive
SAN FRANCISCO -- Joe Panik doubled off the right field fence to score Brandon Crawford with no outs in the bottom of the 13th inning Monday night, giving the San Francisco Giants a 6-5 win over the Chicago Cubs to force a Game 4 in their best-of-five National League Division Series.

Sports News // 4 years ago
Chicago Cubs seize 2-0 NLDS lead on San Francisco Giants
CHICAGO -- It was a scary moment in an otherwise triumphant Saturday night for the Chicago Cubs.

Sports News // 4 years ago
Javier Baez homer gives Chicago Cubs Game 1 victory vs. San Francisco Giants
CHICAGO - Joe Maddon had a feeling the game might end up like this.

On January 25, 2006, the Cubs purchased Pagán's contract from the Mets. Pagán made his major league debut with the Cubs on April 3, 2006 but was injured early in the season and missed two-and-a-half months. On July 2, 2006, his 25th birthday, Pagán hit his first and second career home runs in a game against the crosstown rival Chicago White Sox. Pagán is the first person in Major League history to hit his first two career home runs on his birthday.

Pagán returned in May 2007, being recalled in place of Matt Murton, who had struggled somewhat and was not getting regular at-bats. Pagán then became a regular outfielder and enjoyed modest success until his season was cut short due to a bout with colitis.

FULL ARTICLE AT WIKIPEDIA.ORG
This article is licensed under the GNU Free Documentation License.
It uses material from the Wikipedia article "Angel Pagan."
Back to Article
/