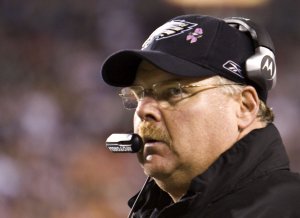 NFL // 1 month ago
Chiefs' Andy Reid plans to coach into 70s, through Patrick Mahomes' new contract
Kansas City Chiefs head coach Andy Reid has no plans to retire after star quarterback Patrick Mahomes agreed to a 10-year contract extension with the franchise. Reid said he could coach into his 70s. 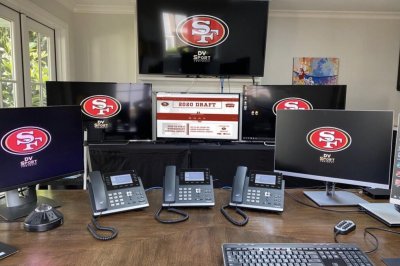 NFL // 3 months ago
Coaches, GMs prep for virtual NFL Draft from home
Some NFL teams will embrace technology, while others plan to use a minimalist approach when general managers and coaches make picks from home for the 2020 virtual NFL Draft.

NFL // 6 months ago
Super Bowl: Andy Reid brings in Donovan McNabb to talk to Chiefs
Kansas City Chiefs coach Andy Reid called on one of his former quarterbacks -- Donovan McNabb -- to speak to his current players days before they take the field for Super Bowl LIV. 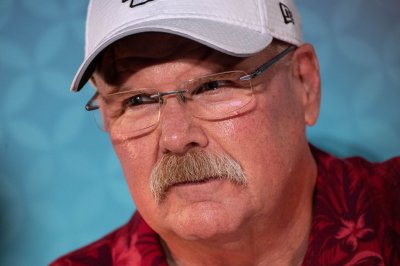 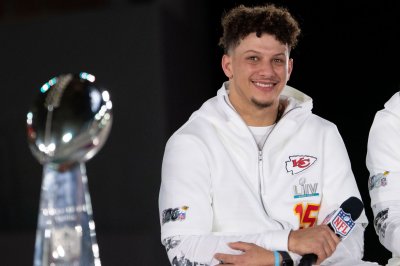 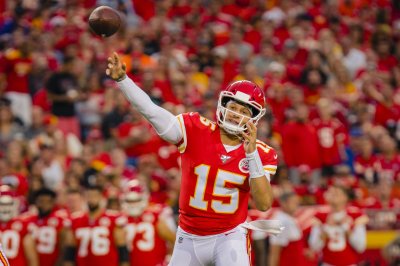 The bottom line is we have a group of good, young players here that we feel can come out and handle the great competition in the NFC East from a defensive line standpoint

As far as Sean McDermott, we have full confidence he can continue to lead this defense in his new role

Andrew Walter "Andy" Reid (born March 19, 1958) is the head coach of the Philadelphia Eagles of the NFL, a post he has held since 1999. Since 2001, he has also been the team's executive vice president of football operations. He led the Eagles to five NFC championship games, including four consecutive appearances from 2001-2004, and to Super Bowl XXXIX in 2004.

Born in Los Angeles, California, Reid attended John Marshall High School and worked as a vendor at Dodger Stadium as a teenager. He also played youth sports in Los Angeles, and among his coaches were Pete Arbogast, who is the radio announcer for the USC football team, and formerly the radio play-by-play man for the Cincinnati Bengals. In 1971, at age 13, Reid appeared live on Monday Night Football during the Punt, Pass, and Kick competition. Reid played offensive guard and tackle at Brigham Young University for head coach LaVell Edwards.

After graduating from BYU in 1981, he spent one year employed as a graduate assistant on the school's football coaching staff. He spent the next nine years as an offensive line coach with four different colleges, including in 1986 with Northern Arizona University when he coached Frank Pollack, who went on to play for six seasons with the San Francisco 49ers. He was hired as an assistant coach by the Green Bay Packers in 1992, the same year quarterback Brett Favre became a member of that team. Reid was named the Packers' quarterbacks coach in 1997, the season after the Packers won Super Bowl XXXI.

FULL ARTICLE AT WIKIPEDIA.ORG
This article is licensed under the GNU Free Documentation License.
It uses material from the Wikipedia article "Andy Reid."
Back to Article
/