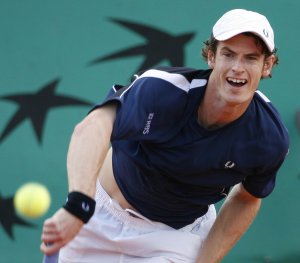 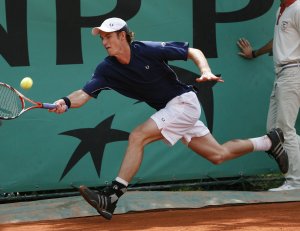 Tennis // 1 year ago
Andy Murray to retire from tennis, will play in Australian Open
Former world No. 1 tennis player Andy Murray fought back tears while announcing his plan to retire this year.

Tennis // 2 years ago
U.S. Open: Serena Williams wins again, will play sister Venus
Serena and Venus Williams face off for the 30th time on Friday at the U.S. Open after winning their second-round matches.

Tennis // 3 years ago
Andy Murray wants tennis to 'put pressure on other sports' in fighting for gender equality
While John McEnroe believes Serena Williams would rank very low on the men's circuit, Andy Murray recently pointed out similarities of men and women in tennis.

Tennis // 3 years ago
U.S. Open: Rafael Nadal cruises past Kevin Anderson for title
NEW YORK -- For all the injuries, upsets and withdrawals at this topsy turvy U.S. Open, Rafael Nadal restored some order on Sunday.

I haven't seen (Troicki) play much, so I didn't really have too many tactics

I've played great the last few months, but those guys have been unbelievable for the last couple of years, so consistent on every surface and throughout the whole year

I apologize for the inconvenience that my withdrawal may cause but I trust you understand, the situation is beyond my control and I would much rather participate in the tournament than be in the current position regarding my health

I'm going to make the most of the opportunity, for sure

Andrew "Andy" Murray (born 15 May 1987) is a Scottish professional tennis player. He is currently ranked No. 4 in the world, and was ranked No. 2 from 17 to 31 August 2009. Murray achieved a top-10 ranking by the Association of Tennis Professionals for the first time on 16 April 2007. He has been runner-up in three Grand Slam finals: the 2008 US Open, the 2010 Australian Open and the 2011 Australian Open, and has reached the semi-finals of all four Grand Slam tournaments.

Murray is most proficient on a fast surface (such as hard courts), although he has worked hard since 2008 on improving his clay court game. Murray works with a team of fitness experts.

Andy Murray was born to Will and Judy in Glasgow, Scotland. His maternal grandfather, Roy Erskine, was a professional association footballer who played reserve team matches for Hibernian and in the Scottish Football League for Stirling Albion and Cowdenbeath. Murray's brother, Jamie, is also a professional tennis player, playing on the doubles circuit. Murray was born with a bipartite patella, where the kneecap remains as two separate bones instead of fusing together in early childhood. He was diagnosed at the age of 16 and had to stop playing tennis for six months. Murray is seen frequently to hold his knee due to the pain caused by the condition and has pulled out of events because of it, but manages it through a number of different approaches.

FULL ARTICLE AT WIKIPEDIA.ORG
This article is licensed under the GNU Free Documentation License.
It uses material from the Wikipedia article "Andy Murray."
Back to Article
/