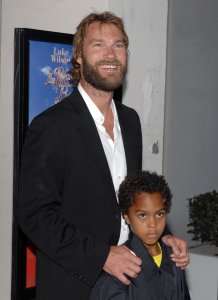 Entertainment News // 3 years ago
Robert Wilson, the father of Luke and Owen Wilson, dies at 75
Robert Wilson, the father of actors Owen and Luke Wilson, has died at the age of 75.
Science News // 7 years ago
4 dolphins saved after beaching in Oman
Marine environmentalists in northern Oman have managed to guide four beached false killer whales back to sea, officials said.
Technology // 8 years ago
'Madden NFL 13' game sets sales record
Electronic Arts says its newest NFL video game series entry, "Madden NFL 13," set a franchise record for launch-day sales, shipping 900,000 copies Tuesday.
World News // 8 years ago
2 rare Arabian Sea humpback whales die
The deaths of two of only about 100 remaining Arabian Sea humpback whales have drawn concern among environmentalists in Oman.
Special Reports // 8 years ago
Get tough with Kiev, scholar tells EU
Members of the European Union need to stop lecturing Ukrainian officials about the treatment of Yulia Tymoshenko and consider sanctions, an analyst said.
World News // 1 decade ago
Plane crashes near Australian school
A light plane crashed near a school in Sydney Tuesday morning, killing the pilot and his female passenger and injuring seven people on the ground, police say.
U.S. News // 1 decade ago
Burge trial delayed fourth time
The trial of former Chicago Police Cmdr. Jon Burge was delayed a fourth time Thursday after his lawyers asked for more time to deal with new allegations.
Top News // 1 decade ago
Convicted killer free after 26 years
A 54-year-old man who spent the last 26 years in an Illinois prison for a murder he says he didn't commit is free after a judge ordered a new trial.
Top News // 1 decade ago
Lawyer says imprisoned man innocent
A lawyer says a man imprisoned for killing another man at a Chicago McDonald's 26 years ago is innocent and he may get a new trial.

With the Bush administration now the lamest of lame ducks, the NATO agreement reflect desires in Europe to avoid offending Russia -- especially on topics like Georgian and Ukrainian membership that many European leaders feel is an unnecessary provocation of Moscow

But in radio and X-ray images, two additional spiral arms dominate the picture, appearing as ghostly apparitions between the main arms

On a whim, I wrote to the publisher and said 'I can do that' as a kind of joke. I think what the official line is, is that it can be used in schools to encourage people to learn Greek. Having got kids reading English, JK Rowling is quite keen to have them reading Latin and reading Greek

Andrew Wilson (10 December 1880 — 13 March 1945) was a Scottish footballer who played the majority of his career at Sheffield Wednesday.

Born in Irvine, Wilson started his football career at local club Irvine Meadows before moving onto Clyde F.C. in Glasgow. He moved to Sheffield in 1900 where he spent the rest of his playing days. During his time at Wednesday he became the clubs all-time record top scorer with 216 goals and was top scorer in six different seasons. He appeared for the team 545 times, more than any other player. Both records stand to the present day. He also became the oldest player to play for the Owls before retiring on 10 March 1920 aged 39 years and 91. This record stood until it was beaten by Player/Manager Trevor Francis in 1993.

He was capped for Scotland 6 times.

FULL ARTICLE AT WIKIPEDIA.ORG
This article is licensed under the GNU Free Documentation License.
It uses material from the Wikipedia article "Andrew Wilson."
Back to Article
/