NHL // 4 years ago
New York Islanders keep NHL playoff hopes alive with win over Carolina Hurricanes
RALEIGH, N.C. -- The New York Islanders are determined to do their part. So far, that has been enough to keep them in playoff contention in the Eastern Conference. 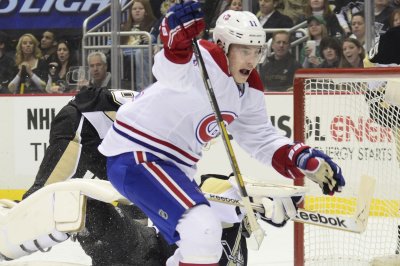 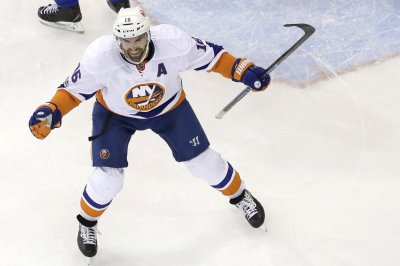 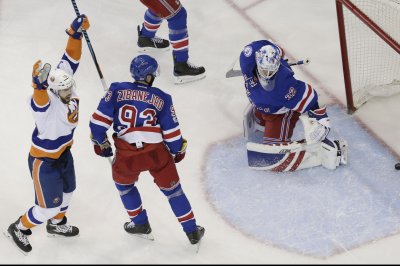 NHL // 4 years ago
New York Islanders beat Carolina Hurricanes on John Tavares' overtime goal
RALEIGH, N.C. -- Interim coach Doug Weight of the New York Islanders made it clear that how the team responded from a lopsided loss would be critical to the rest of the season.

Andrew Ladd (born December 12, 1985) is a Canadian professional ice hockey winger and captain of the Winnipeg Jets of the National Hockey League (NHL). He was originally drafted in 2004 by the Carolina Hurricanes and won the Stanley Cup with them in 2006. He won the Stanley Cup a second time in 2010 with the Chicago Blackhawks.

Ladd began his junior hockey career in the Junior A British Columbia Hockey League (BCHL) with the Coquitlam Express. He then progressed to the major junior Western Hockey League (WHL) with the Calgary Hitmen after being traded from the Vancouver Giants for Jamison Orr. He recorded 75 points in his rookie season, tops among first-year players and 15th in league scoring. His +39 plus/minus led the league, earning him the WHL Plus-Minus Award. In the off-season, Ladd was drafted in the first round, 4th overall by the Carolina Hurricanes in the 2004 NHL Entry Draft.

FULL ARTICLE AT WIKIPEDIA.ORG
This article is licensed under the GNU Free Documentation License.
It uses material from the Wikipedia article "Andrew Ladd."
Back to Article
/