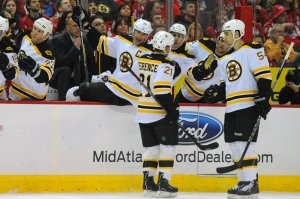 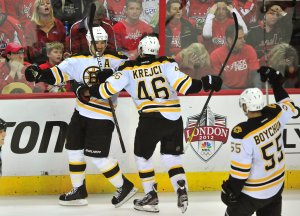 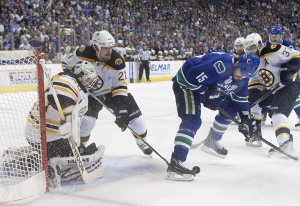 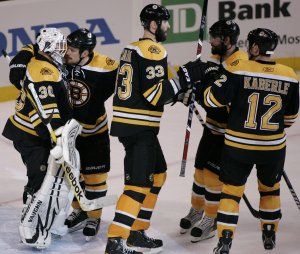 Andrew James Stewart Ference (born March 17, 1979) is a Canadian professional ice hockey defenceman with the Boston Bruins of the National Hockey League (NHL). He has also played for the Pittsburgh Penguins and Calgary Flames.

After making his NHL debut on October 1, 1999, in a game against the Dallas Stars, Ference scored his first NHL goal a month later against the Nashville Predators on November 13, 1999. He split his rookie season between Pittsburgh and their American Hockey League (AHL) affiliate, the Wilkes-Barre/Scranton Penguins, finishing with 6 points (2 goals, 4 assists) in 30 NHL games and 28 points (8 goals, 20 assists) in 44 AHL games.

FULL ARTICLE AT WIKIPEDIA.ORG
This article is licensed under the GNU Free Documentation License.
It uses material from the Wikipedia article "Andrew Ference."
Back to Article
/