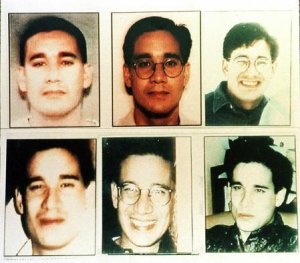 Top News // 4 years ago
On This Day: 110 years ago, United Press is formed by E.W. Scripps
On July 15, 1907, three press associations joined to form United Press, which would eventually become United Press International.

Andrew Phillip Cunanan (August 31, 1969 – July 23, 1997) was an American spree killer who murdered at least five people, including fashion designer Gianni Versace, during a three-month period in 1997, ending with Cunanan's suicide, at age 27. On June 12, 1997, Cunanan became the 449th fugitive to be listed by the FBI on the FBI Ten Most Wanted Fugitives list.

Cunanan was born in National City, California to Modesto Cunanan, a Filipino American, and Mary Anne Shilacci, an Italian American. He was the youngest of four children. Modesto Cunanan could not attend his son's birth, as he was serving in the US Navy in the Vietnam War at the time.

In 1981, his father enrolled him in The Bishop's School in the La Jolla neighborhood of San Diego, California. At school, Cunanan was remembered as being bright and very talkative, testing with an I.Q. of 147. As a teenager, he developed a reputation as a prolific liar, given to telling fantastic tales about his family and personal life; he was also adept at changing his appearance according to what he felt was most attractive at a given moment.

FULL ARTICLE AT WIKIPEDIA.ORG
This article is licensed under the GNU Free Documentation License.
It uses material from the Wikipedia article "Andrew Cunanan."