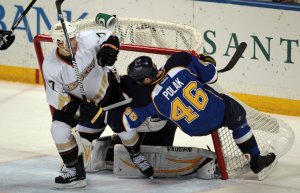 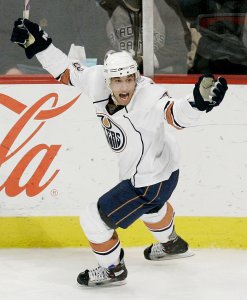 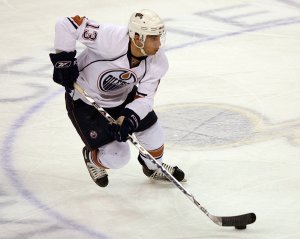 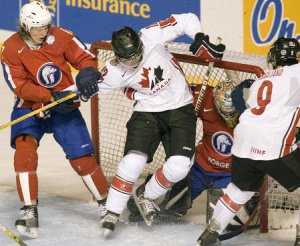 Sports News // 3 years ago
Cowboys' Ezekiel Elliott comforts boy hit by puck during Stanley Cup Playoffs
Dallas Cowboys running back Ezekiel Elliott helped a young fan smile after he was hit by a puck during the Dallas Stars' playoffs loss to the St. Louis Blues.

NHL // 4 years ago
Kane-led Sharks aim for 2-0 series lead vs. Ducks
The San Jose Sharks have an opportunity to assume a commanding lead in their first-round Stanley Cup Playoff Series against the Anaheim Ducks.

Andrew Cogliano (born June 14, 1987) is a Canadian professional ice hockey player currently playing for the Anaheim Ducks of the National Hockey League (NHL). He formerly played for the Edmonton Oilers.

Cogliano spent two seasons with the St. Michael's Buzzers, a Tier 2 Junior "A" Team in Toronto. In his final season he represented Canada at the Junior World Cup in the summer of 2004 and lead the team in scoring. He was also the league's leading scorer and was the only player from the OJHL to be drafted in the 2005 NHL Entry Draft.

Cogliano then moved to the NCAA and played 2 years for the University of Michigan Wolverines. In 2005-06, he represented Canada in the 2006 World Juniors in Vancouver, winning a gold medal. In 2006-07, he finished third on the Wolverines in scoring with 50 points in 38 games and again won gold with Canada at the World Juniors in Sweden. He signed a pro contract on May 2, 2007, with the Edmonton Oilers, the team who drafted him 25th overall in 2005.

FULL ARTICLE AT WIKIPEDIA.ORG
This article is licensed under the GNU Free Documentation License.
It uses material from the Wikipedia article "Andrew Cogliano."