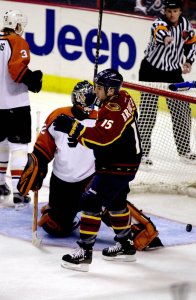 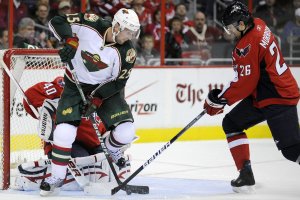 Brunette grew up in the small community of Valley East, Ontario just outside of Sudbury. He played much of his minor hockey career with the Rayside-Balfour Sabrecats of the NOHA.

After a solid Midget season in 1989-90, Brunette was selected in the 7th round of the 1990 OHL Priority Selection by the Owen Sound Platers. He was an OHL teammate of future NHLers Kirk Maltby, Scott Walker, Kevin Weekes and Jamie Storr.

FULL ARTICLE AT WIKIPEDIA.ORG
This article is licensed under the GNU Free Documentation License.
It uses material from the Wikipedia article "Andrew Brunette."
Back to Article
/