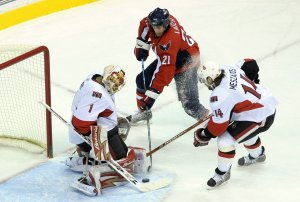 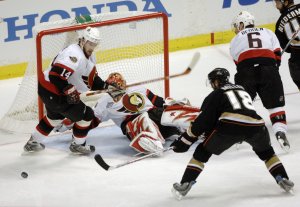 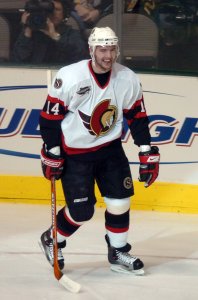 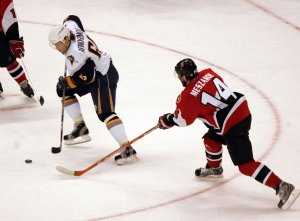 Andrej Meszároš began playing for Dukla Trenčín in the Slovak Extraliga as a 17-year-old in 2002–03. After two seasons with Trenčín, he was drafted 23rd overall in the 2004 NHL Entry Draft by the Ottawa Senators.

The following season, he went overseas to play junior hockey in the Western Hockey League (WHL) with the Vancouver Giants. Meszároš recorded 41 points in 59 games with Vancouver — fifth in WHL rookie scoring — and was named to the Western Conference's Second All-Star Team. He was also named the Giants' Rookie of the Year and Top Defenceman. Nearly six years later, he was inducted into the Giants' Ring of Honour, a series of banners inside the Pacific Coliseum commemorating the team's best alumni.

FULL ARTICLE AT WIKIPEDIA.ORG
This article is licensed under the GNU Free Documentation License.
It uses material from the Wikipedia article "Andrej Meszaros."
Back to Article
/